This itinerary covered a backpacking trip to Big Pine Creek and its many glacial lakes.

I accompanied an organized group that included a good friend from High School as well as folks from the law firm that he worked at.

This was the very first time that I did a backcountry backpacking excursion since our Glen Aulin Trip several years ago. And as it turned out, I had to shake off some rust in terms of my physical conditioning as well as some equipment malfunctions.

Fortunately, it all worked out in the end, and it introduced me to some of the Eastern Sierra scenery where the main attractions weren’t necessarily waterfall-related. The following summarizes the logistics and highlights behind this trip… 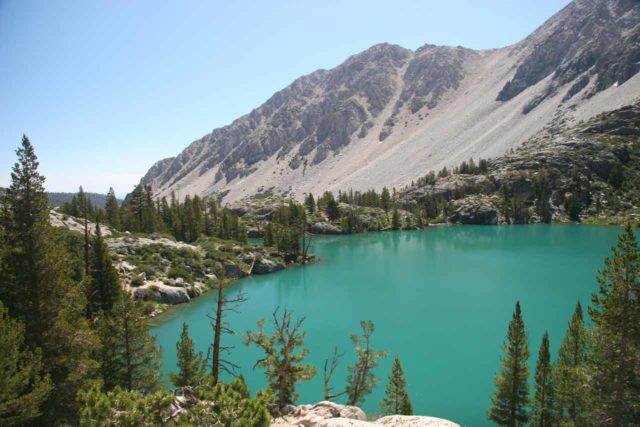 The Lakes – Although my main motivation of doing this backpack was to visit the waterfalls on Big Pine Creek, it turned out that the colorful blues of the glacial lakes were the real scenic highlights. 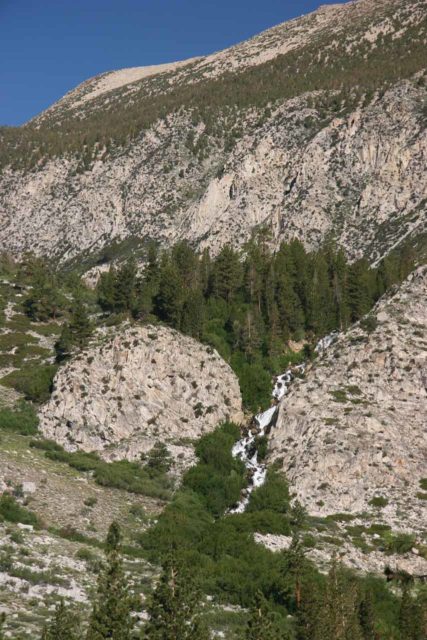 Big Pine Creek Waterfalls – This was my waterfalling excuse to write about this backpacking excursion, and while it doesn’t have that wow factor, it’s the scenic location and acting as a landmark (as it sat just downstream from the first lake) that made this waterfall a highlight on this trip.

In my mind, overnight backpacks require quite a bit of preparation to pull off since you’re out in the wilderness with no ability to shower, and there’s nothing else around except for what you (or your mates) brought yourself. There are wilderness ethics to consider as well as weight of the pack (which means making choices about what to bring and what not to bring). So there was indeed lots to learn with this backpacking trip (and every other one I’ve done since)…

This is not the place for gluten and/or lactose intolerance: My bowels were not thanking me one bit on this trip because I kept going through my stash of toilet paper to let out diarrhea. At over 10,000 ft in elevation, any bloat or gassiness seems to expand even more and make just idle standing even more uncomfortable. So the big lesson learned here is to avoid gluten and lactose prior to embarking on the physical challenge of doing this backpack. I made the mistake of having such foods on the night prior as well as the breakfast on the day of the start of the hike. I wound up paying for it for the entire duration of this backpack.

Mosquitoes: It turns out that July is a terrible time in terms of dealing with mosquitoes. There are clouds of them! And they are at their worst at dusk and dawn though they still stick around throughout the day.

Generally, what I do to mitigate the issue is to put on DEET even though I can’t shower for a couple of days. It was a trade between potential poisoning by chemicals versus potential long term mosquito-borne illnesses like West Nile Virus. I also try to keep moving (though that’s hard to do in camp) since mosquitoes would have a harder time targeting a moving body as opposed to a stationary one. Finally, I’ve found that at night time, the mosquitoes that thrive in the Eastern Sierras appear to hide underneath pine needles and be dormant until the following morning at day break.

Actually, it’s the remnants of the thunderclouds that tend to make sunset lighting even more red and more dramatic. I think this is what photographers have in mind when it comes to photographing the alpenglow on the Eastern Sierras peaks.

This was basically a driving day, where we started right after lunch and made it to Big Pine in the late afternoon and evening. 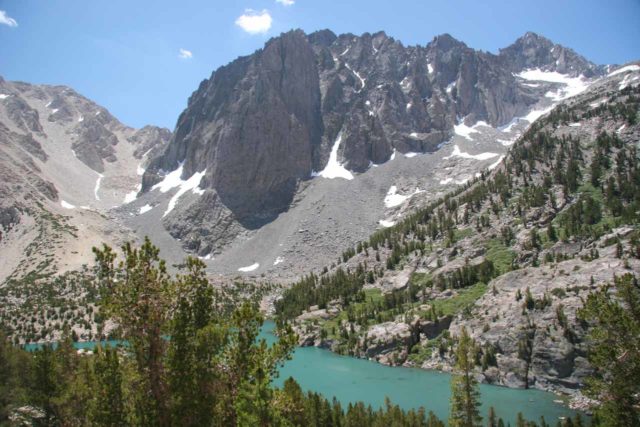 Day 2: Overnight Backpack around and beyond Big Pine Creek

On this day, we drove out to the trailhead, started the hike to our camp, and visited the Big Pine Creek Waterfalls, First Lake, Second Lake, Third Lake, Fourth Lake, and views of Temple Crag. The group actually hired pack mules to carry the gear, and even without the heavy gear, it was still a pretty difficulty high-altitude hike. 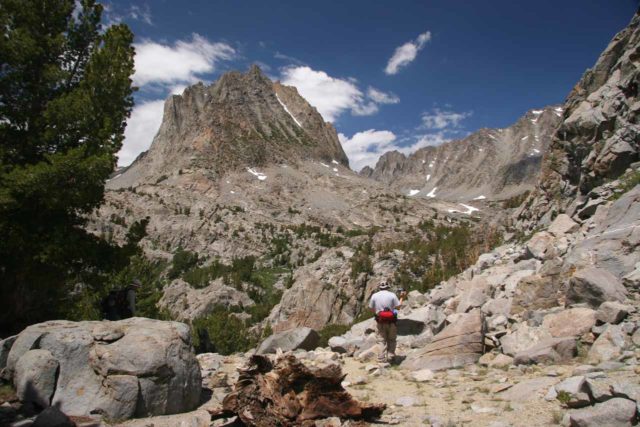 Day 3: Overnight Backpack around and beyond Big Pine Creek

On this day, we left the heavy gear behind and day-tripped beyond Fifth Lake so we could see Sixth Lake, Seventh Lake, and go back to enjoy Fourth and Fifth Lakes again. 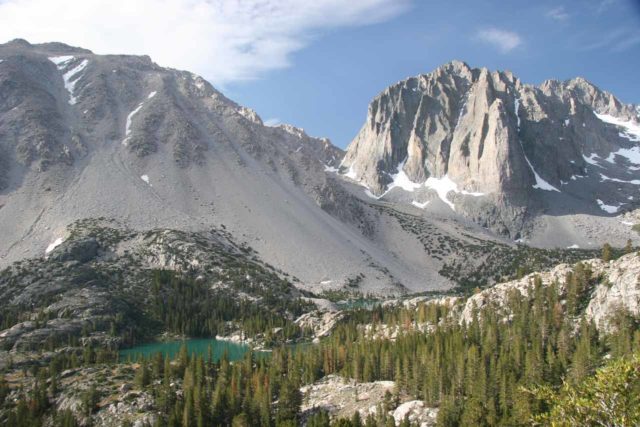 After breaking camp and having a breakfast, we backpacked back down to the trailhead. Along the way, we saw the same lakes we encountered on the wway up (e.g. Fifth Lake, Fourth Lake, Third Lake, Second Lake, First Lake, and the Big Pine Creek Waterfalls. Then, we drove home. 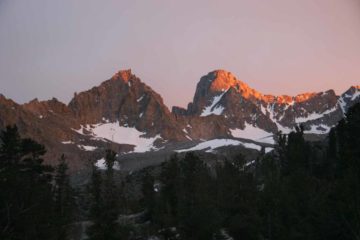 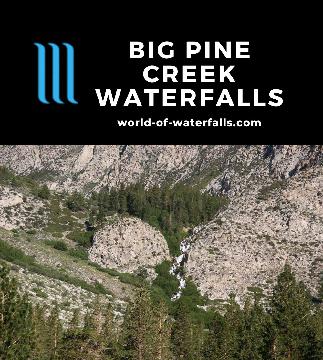