Top Attractions from the Land of Fjords and Mountains

Even though this is a waterfalls website, we recognize that there are many highlights from the Scandinavian country of Norway (both involving and not involving waterfalls).

So we’ve come up with this page to pay homage to some of the highlights that we think are worth mentioning as you try to figure out what to see and do in your own trip plans.

While I recognize that this list is by no means exhaustive and that it is highly subjective, at least you have an idea of what we loved about the Norwegian landscape.

So without further adieu, here are the highlights in no particular order… 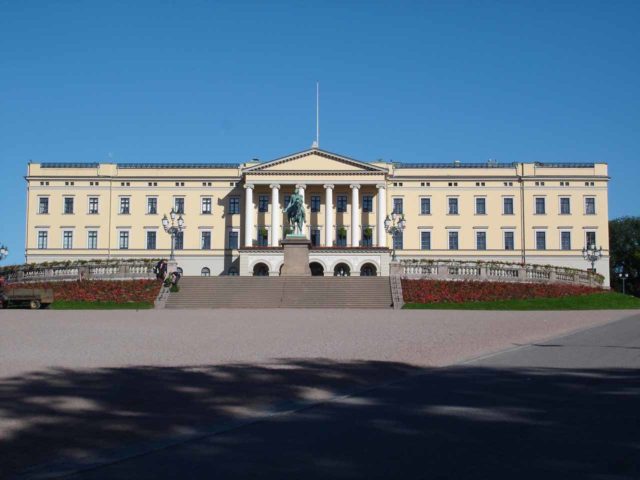 It is the capital city of Norway and has many buildings, scuptures, museums, viking ships, and other attractions in the city that demand your attention.

There are simply too many to go over here. Needless to say, you haven’t seen and experienced Oslo without taking some time to explore this interesting city. 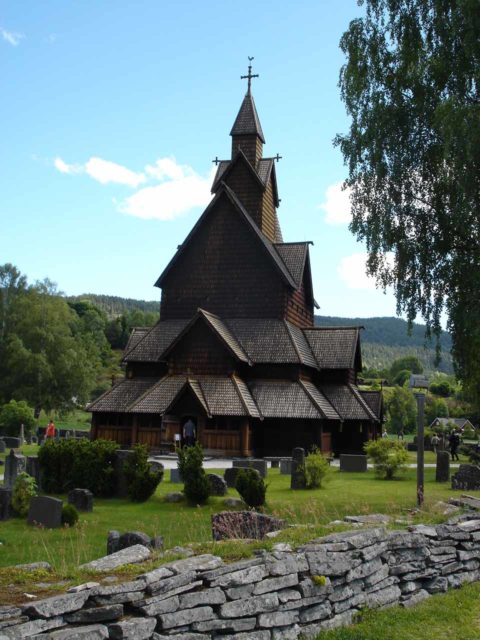 Constructed since the Middle Ages, these churches are uniquely Norwegian and worth a look.

We happened to pass by the one in Heddal, but you’ll have opportunities to see other churches in other parts of the country.

The best preserved of the stave churches is the one in Borgund. 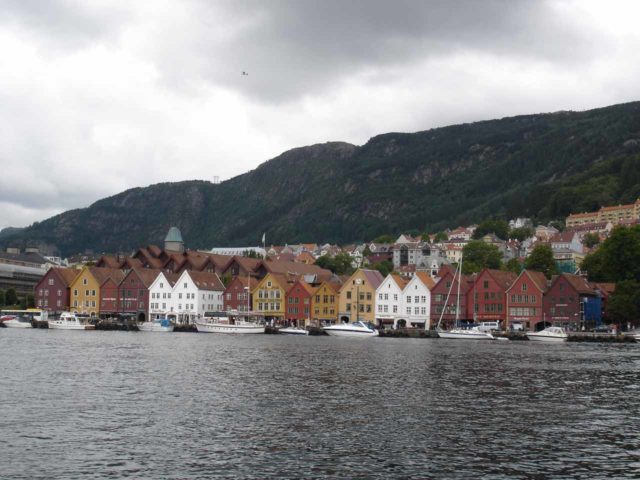 It is perhaps the most charming and most scenic of the Norwegian cities. Nestled in the middle of Fjord Norway, it features historical buildings, a bustling wharf, numerous bridges, and picturesque mountains backing this port city.

Many famous Norwegians are also linked to this city (though the ones I can think of are from the 80’s band Aha).

I also tend to think of this place as kind of Norway’s rival to San Francisco because of the bridges and this city by the bay feel. That said, this city had more of an intimate charm than its metropolitan counterpart in the States. 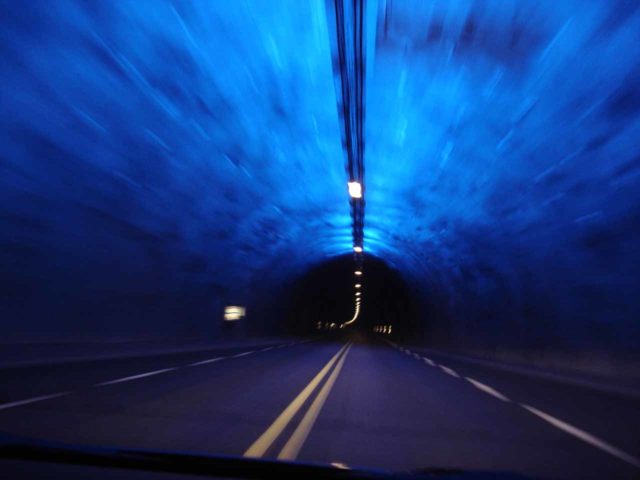 Running 24km under the mountains between Aurland and Lærdal, it is one of the longest tunnels in the world.

In a country full of tunnels, this one is the cream of the crop. There are blue-lit “ice” sections at the 8km and 16km points in the tunnel giving you the sensation you went through ice (though it’s real purpose was to break up the monotony and road-fatigue-trance of driving under conventional tunnel lighting).

While I’m normally not big on man-made attractions, I have to admit this one impressed me.

The Glacier Arms of the Jostedal Glacier 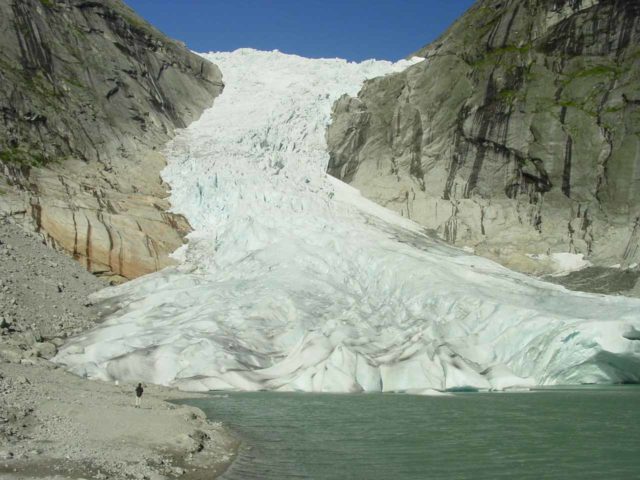 The Jostedal Glacier is the largest glacier in continental Europe. Branching off this massive ice field are several glacier arms that allow tourists to get a taste of what the glaciers are like.

There are way too many glacier arms to mention in this section, which gives you an idea of just how big the Jostedal Glacier is.

To get to the terminus of these glaciers, you’ll have to do some walking (though in some cases, you can pay for a ride to get closer).

If you really want to get on the ice, you can book a glacier walking tour, where equipment is provided to ensure you can safely grip the ice. 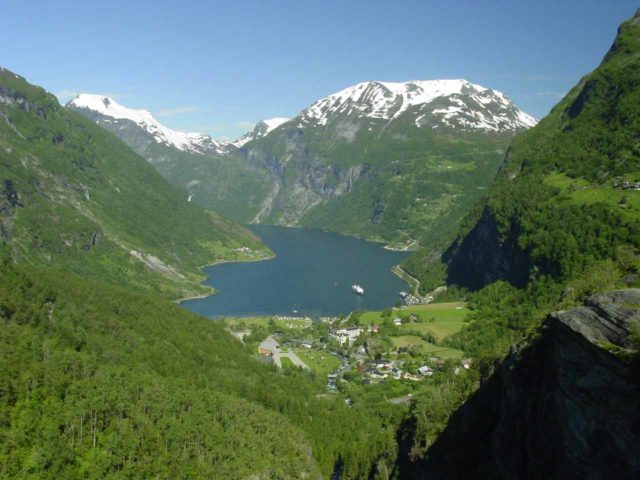 At the risk of being too general, I’m including this as a singular attraction simply because it’s the primary highlight of Norway even though we’re really talking about the western coasts of the country (i.e. a lot of real estate).

A fjord, by the way, are steep-walled valleys gouged out by ancient glaciers and flooded by sea waters (from rising oceans at the end of the latest Ice Age).

While most of Norway’s waterfalls are found in these fjords, the sheer magnitude and shape are worth spending the money to take a cruise within them. Moreover, many of Norway’s roads actually hug the shores and cliffs of these magnificent fjords.

Some of the fjords we spent time at included the Geiranger Fjord, the Sogne Fjord (including its smaller arms of the Aurlands Fjord and Luster Fjord), and the Dals Fjord. There are countless others that I can’t even remember to mention, too! 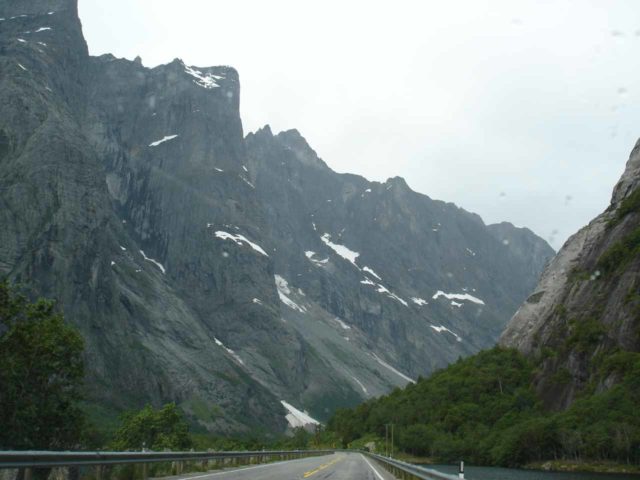 While this valley features numerous waterfalls, I have to mention some of the towering vertical cliffs you’ll be passing under as you make your way through.

Such cliffs have sparked comparisons to the incomparable Yosemite Valley. Among the monoliths and cliffs that watch over the valley are Trollveggen, which has the tallest overhanging cliff in Northern Europe at over 1000m.

It poses quite a challenge for daring rock climbers.

The valley also features the Norwegian Matterhorn in Romsdalshorn. 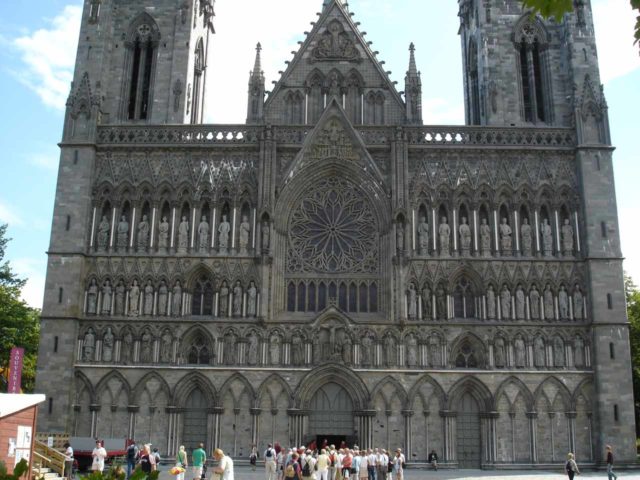 This charming city in Central Norway was once the capital of the country. It is a great city for getting around on foot to see its attractions and experiencing the essence of the mix of traditional and modern Norway.

Among its greatest attractions is the Nidaros Cathedral, one of Scandinavia’s largest medieval buildings. 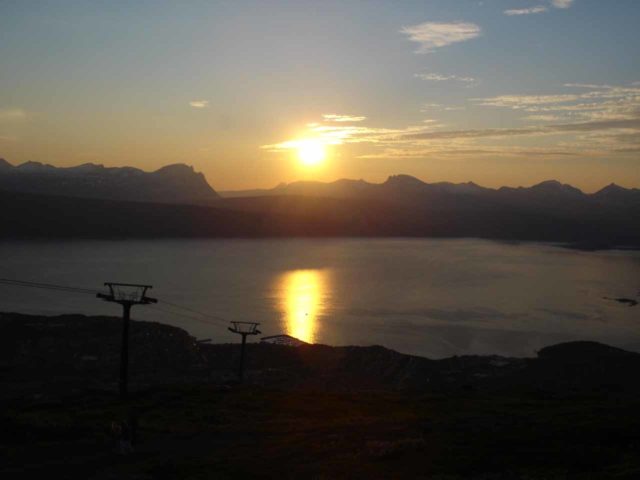 During the weeks surrounding the summer solstice in late June, a trip north of the Arctic Circle will allow you to experience the midnight sun.

We’ve taken full advantage of the 24-hour daylight to start some of our hikes as late as 11pm! But peering into the deep orange glow of the sun against dark blue and purple skies over the fjords of the North Sea is truly something special that you can only experience in a place like Norway.

There’s nothing quite like it. I guarantee it will be one of the most unforgettable experiences during your visit to Norway if you make it up this far. 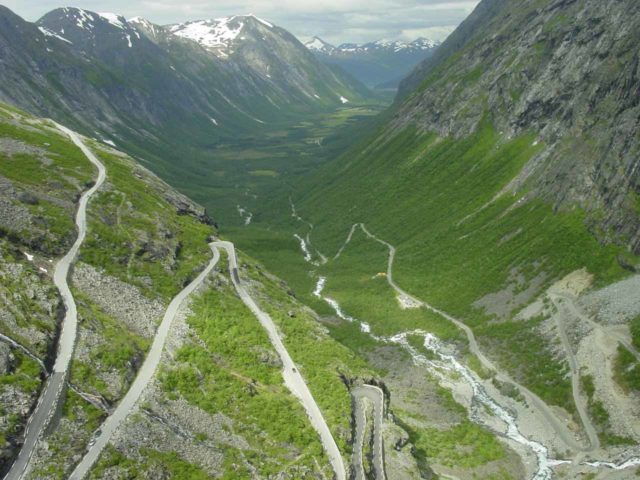 Given its rugged mountainous terrain, Norway is full of curvaceous, narrow, and steep serpentine roads. These type of roads test your nerves behind the wheel (as well as your brakes and transmission) while providing you with some of the best scenery the country has to offer.

The most famous of these roads is Trollstigen (translated as the Troll Ladder) in Møre og Romsdal county and Stalheimskleiva in the northern boundary of Hordaland county. 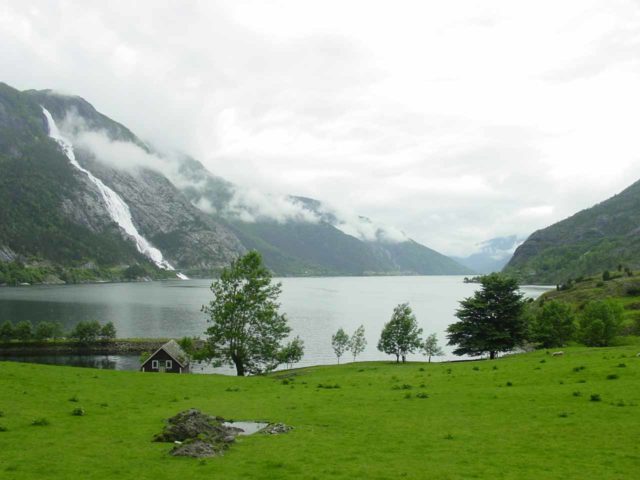 A highlights list wouldn’t be complete without experiencing the country’s waterfalls!

Naturally since this is a waterfalls website, we’ve got numerous write-ups that extensively cover these miracles of Nature. 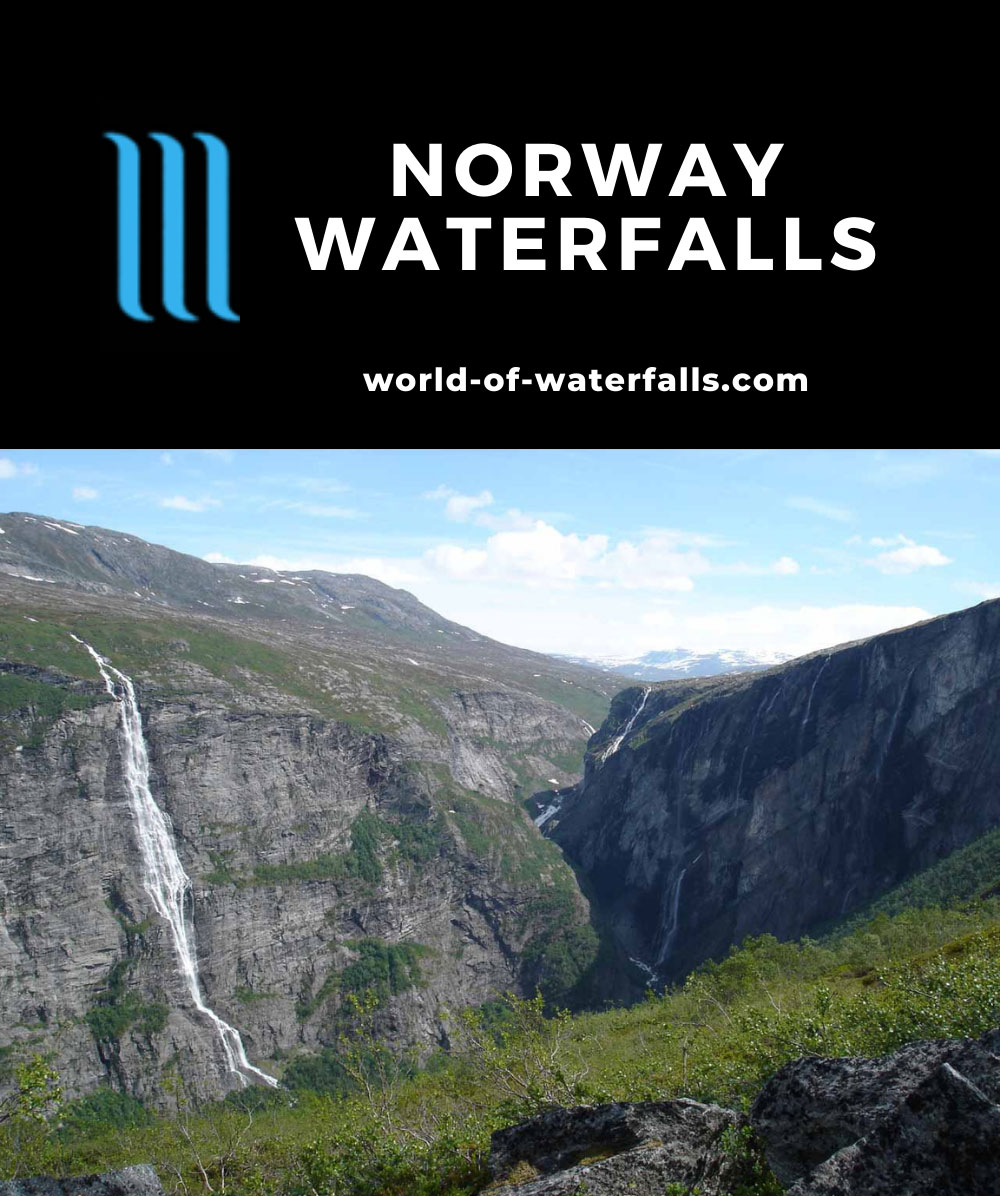 Norway Waterfalls and How To Visit Them