Our 8-day Itinerary covering Niagara Falls and the Finger Lakes

This itinerary was actually part of a grand month-long trip to Iceland.

We made a detour to Western New York and spent nearly a week self-driving around the Finger Lakes area using Buffalo as the beginning and end of a loop tour.

After returning to Buffalo, then we continued on to Iceland.

That said, this “detour” easily could have stood out on its own as a week long visit to the western half of upstate New York.  And so this part of our journey was presented as such in this post.

If we were really short on time, we could have even condensed this itinerary to focus only on Niagara Falls since that was our primary motivation to making this detour in the first place.  Then this could easily be an itinerary spanning two full days or three days (with the first and last days being travel days).

In any case, here’s a summary of some highlights and lessons learned gained from the Western New York part of this trip. 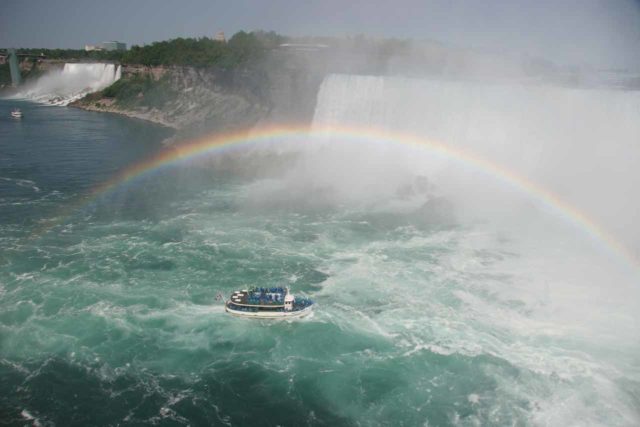 Niagara Falls – this was our first visit to the Granddaddy of the waterfalls in the USA, and we devoted two days to it so we could experience it from both the American and Canadian sides. 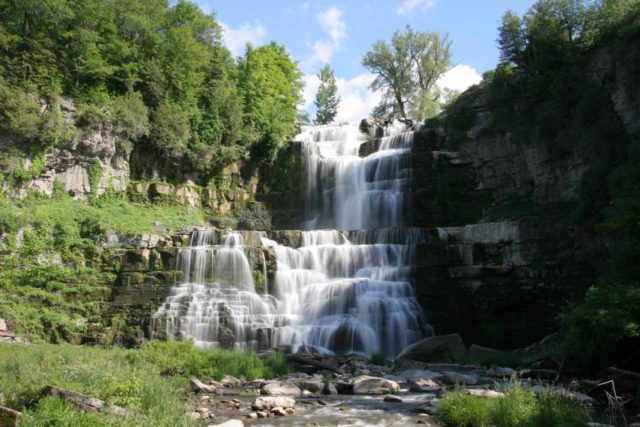 Chittenango Falls – this was one of the first waterfalls that we visited in the idyllic Finger Lakes area of upstate New York. It was both photogenic and easy to access, and it was quite the introduction to the region. 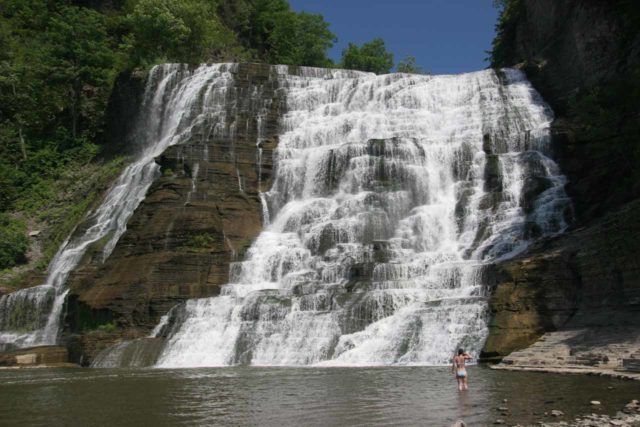 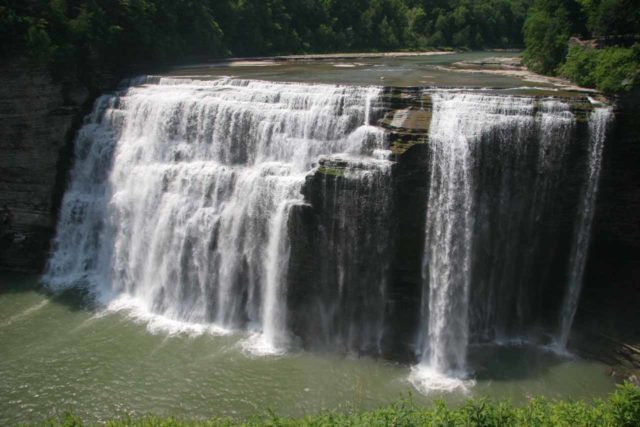 Letchworth State Park – on our drive back to Buffalo to complete the loop through Western New York, we spent some time visiting three mighty waterfalls on the Genesee River. It was definitely one of the better waterfalling experiences not named Niagara Falls in New York. 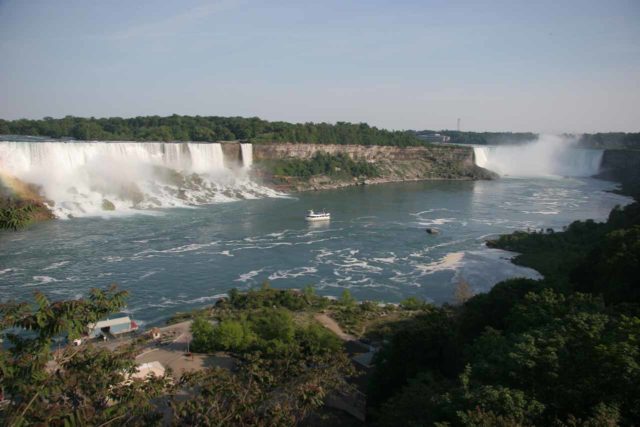 We caught a red-eye flight from LAX to JFK, then caught a connecting flight from JFK to Buffalo.  Once in Buffalo, we rented a car and drove about 30 minutes to Niagara Falls on the Canadian side.  After getting through the border kiosk before the Rainbow Bridge, we then checked in at the Falls View Hotel and Casino, where we would eventually spend the night.

We had the rest of the afternoon to stroll around the Niagara Falls area and have an early dinner. 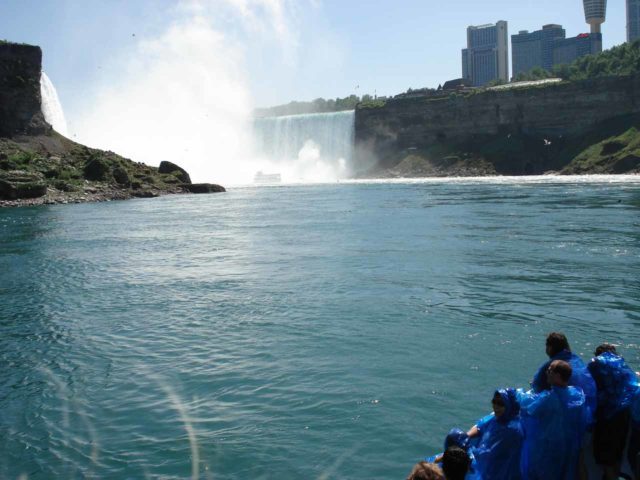 Day 3: Niagara Falls on the American Side

After checking out, we drove early to the border to return to the US side of Niagara Falls.  From there, we spent the better part of the morning and early afternoon checking out all the viewpoints on the US side as well as partaking in excursions like the Cave of the Winds, Observation Deck, and the Maid of the Mist.

In the afternoon, we returned to the Canadian side and checked in at the Embassy Suites Niagara Falls.  Then, we promptly went back to Niagara Falls and checked out the Journey Behind The Falls excursion before settling in for the night. 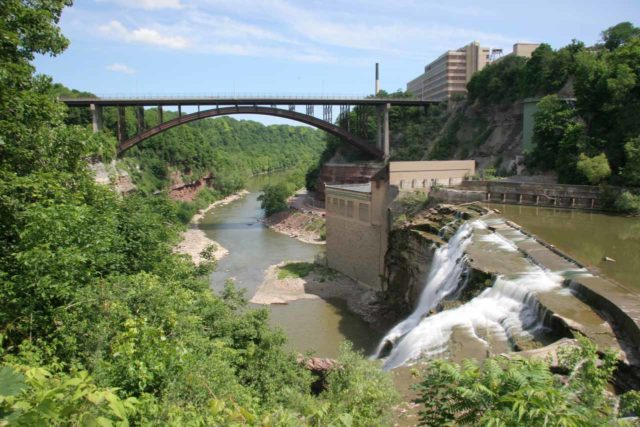 Day 4: Drive from Niagara Falls to Ithaca and the Finger Lakes

This was a transit day from Niagara Falls all the way to Ithaca, where we would base ourselves for the next 3 nights.  Along the way, we made a brief visit in Rochester where we visited a couple waterfalls on the Genessee River.

Then, we continued into the Finger Lakes region where we visited Pratts Falls, Chittenango Falls, and the Carpenter Falls. 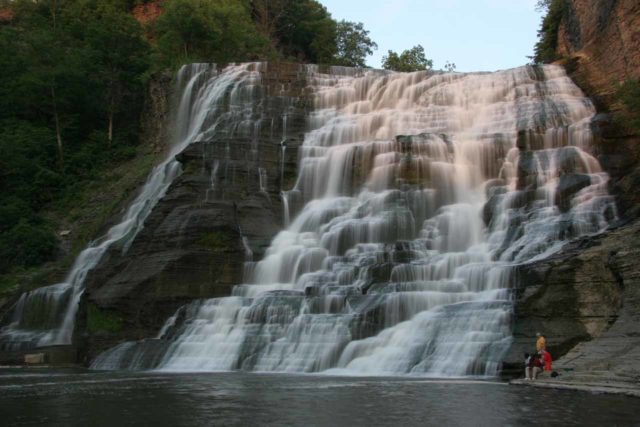 We did a day trip to visit the waterfalls in the Ithaca vicinity.  We wound up visiting Taughannock Falls, Buttermilk Falls (including the intriguing glen harboring its many tiers), and Ithaca Falls.

In the late afternoon, we returned to both Taughannock Falls and Ithaca Falls for better photos with the tripod given the even lighting. 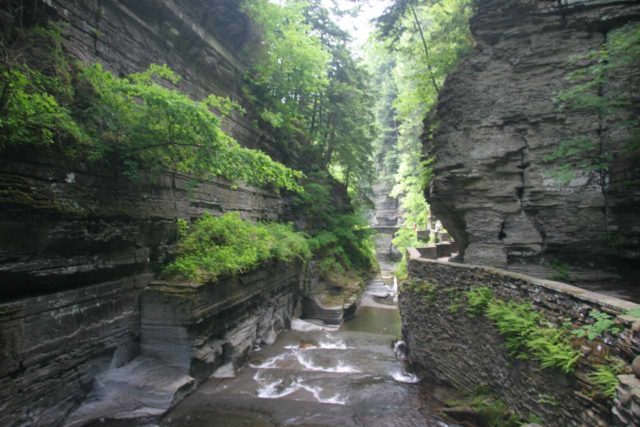 This was another day trip of waterfalling in the Ithaca area, but we mainly focused on the waterfalls of the Robert H. Treman State Park as well as the waterfalls near Montour Falls.  The waterfalls seen on this day were Enfield Falls, Lucifer Falls, She-Qua-Ga Falls, and Aunt Sarah’s Falls. 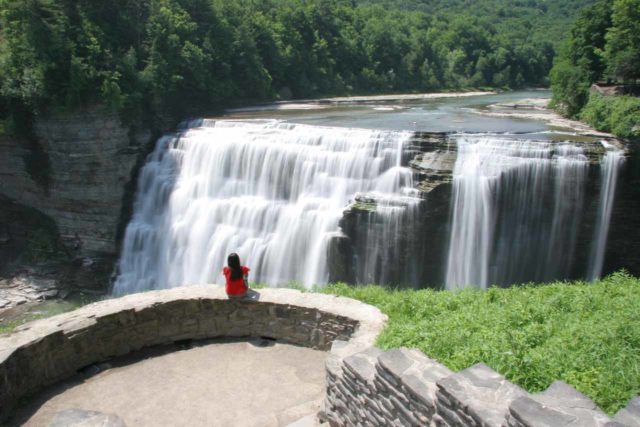 Day 7: Drive from Ithaca to Buffalo via Letchworth State Park

This was a transit day from Ithaca to Buffalo as we were completing the loop of Western New York.

During the drive, we spend a good deal of time at Letchworth State Park, where we visited three major waterfalls on the Genessee River – the Upper Falls, the Middle Falls, and the Lower Falls.

We capped off the day by dining at the famed Anchor Bar in downtown Buffalo to try out their buffalo wings.  This was said to be the place where the famous appetizer got its start.

Embassy Suites Niagara Falls – This accommodation was a balance between price and location.  We got nice views over the Horseshoe Falls as well as the American Falls further downstream.  We were also within walking distance to the main viewing areas along the Niagara River.

While this place had its own parking structure, we actually parked at the neighboring Fallsview Casino and Resort on our first trip to Niagara Falls in June 2007.  That was because the Radisson charged $20 per night for parking with in-and-out privileges, but the Fallsview Casino had a deal where parking was free as long as you possessed a player’s card and it was only a half-block away.

Fallsview Casino and Resort – This accommodation probably is the best choice if you’re after the views and the proximity to Niagara Falls.  Like the Radisson, it also has a large parking structure accommodating both guests and visitors.

The downside is that the room rates were upwards of $300 USD (easily $50 USD more than we paid at the Embassy Suites).

That said, if time is of the essence, then it might be worth the splurge.  Of course, there are also much cheaper alternatives with neither the views nor the proximity to the waterfall.  It’s basically a trade of time and convenience.

Finally, about the parking rates, our 2007 experience was different from our 2013 experience.  Back in 2007, we only had to possess the free players card to get the free parking.  However, in our latest visit, the parking fees were about $5 to $25 per exit (i.e. no in-and-out privileges), and you had to gamble on the players card some unadvertised amount.

Since we’re not gamblers, we didn’t gamble enough to get the free parking on our latest visit, and I’m guessing it had to be at least upwards of $25 gambled in order to get the “free” parking. 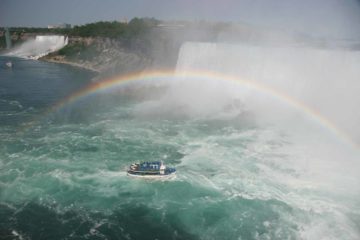 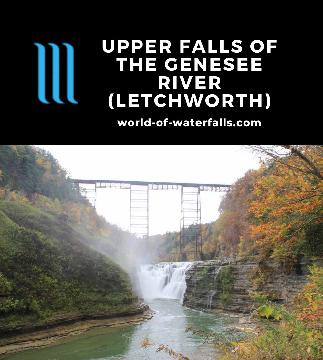 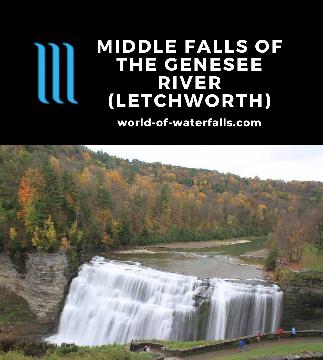 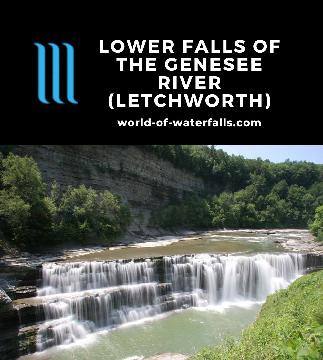 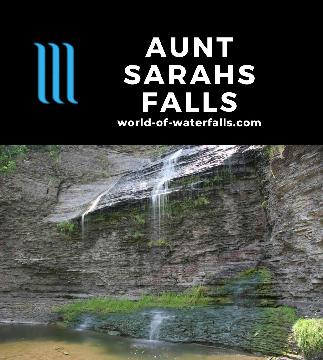 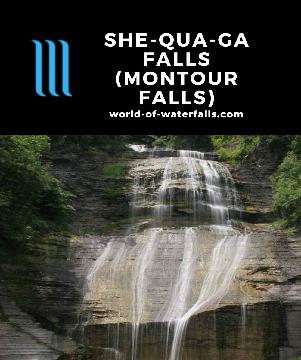 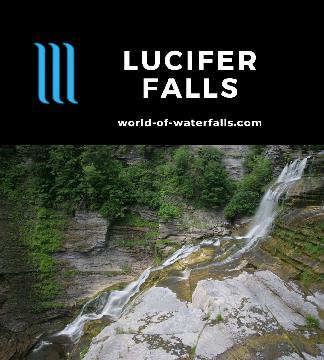 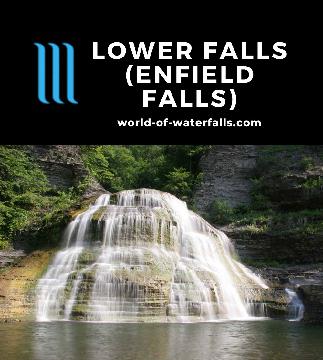 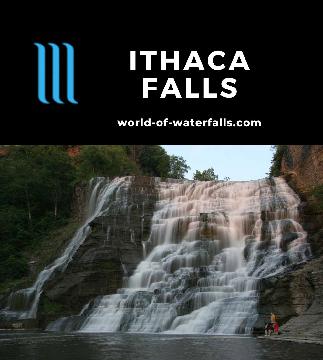 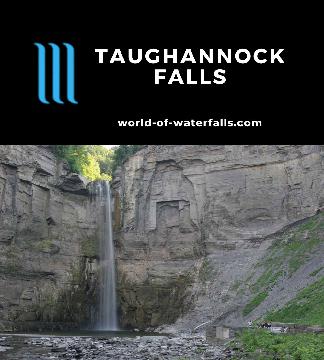 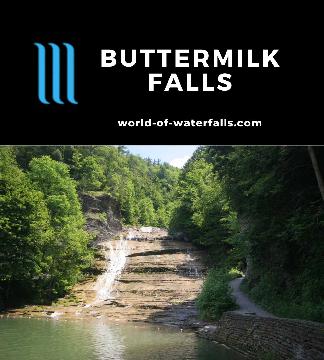 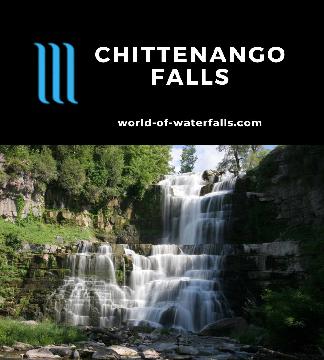 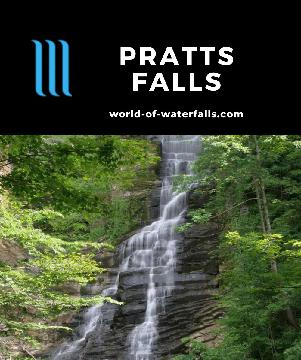 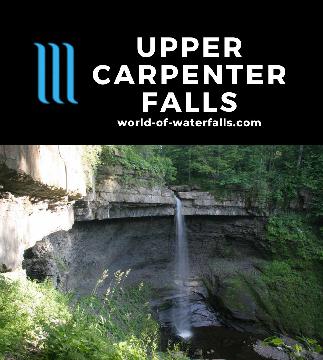 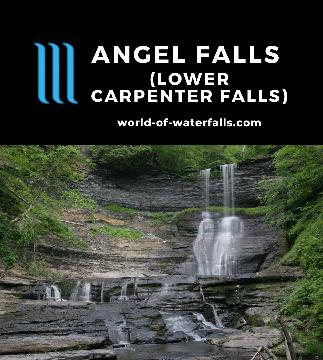 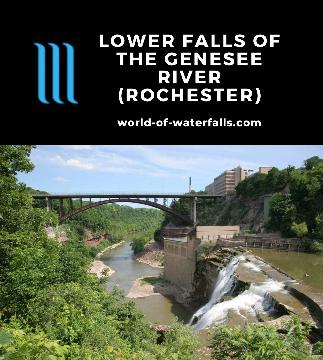 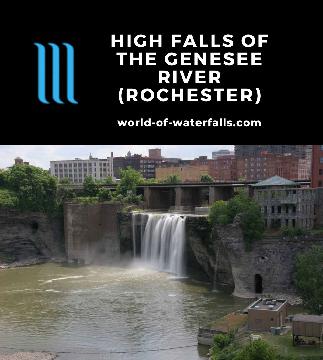 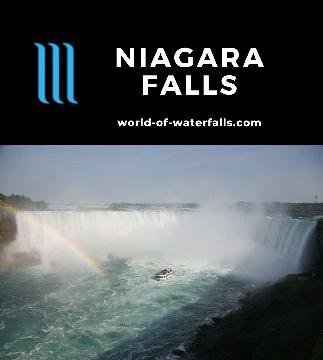