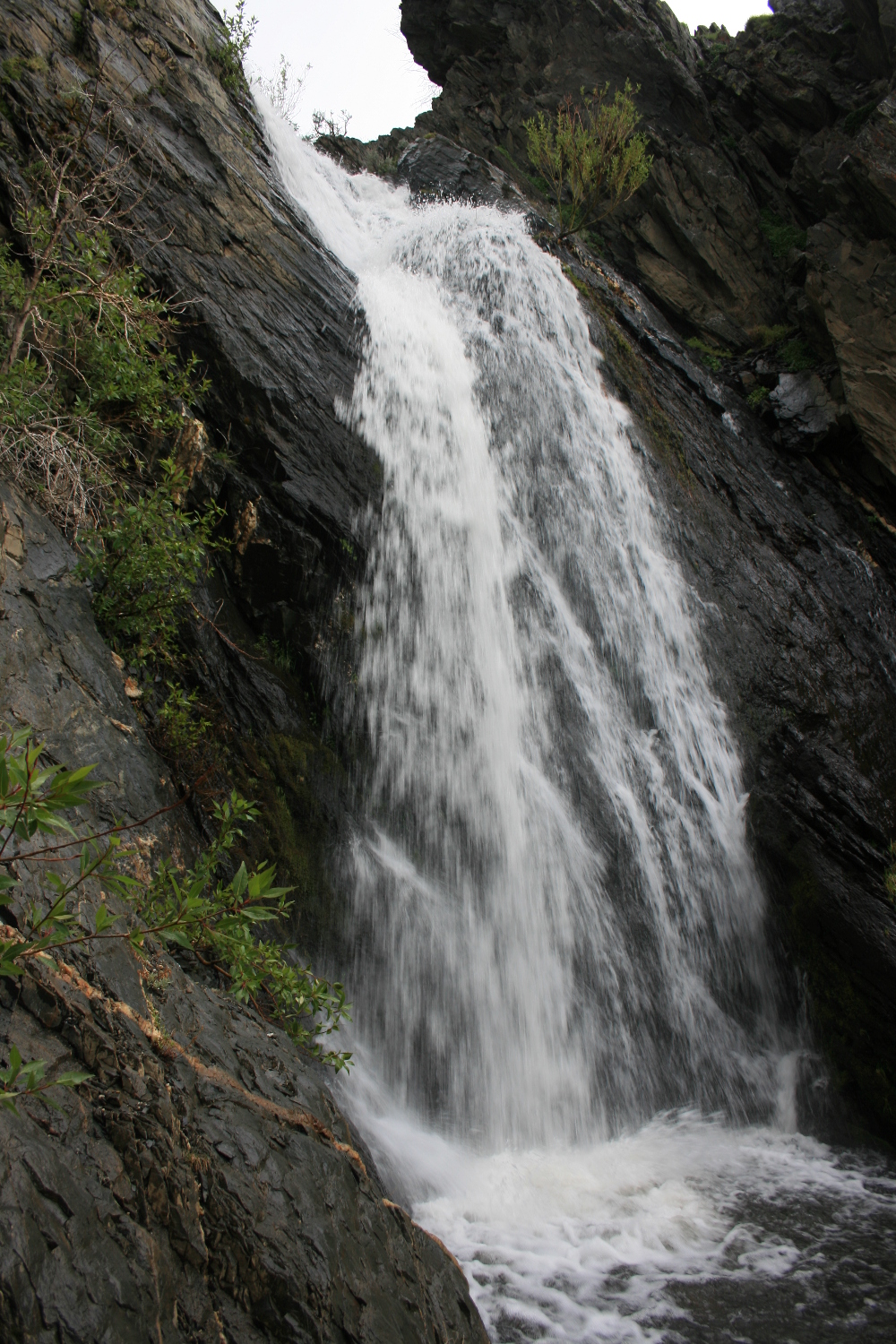 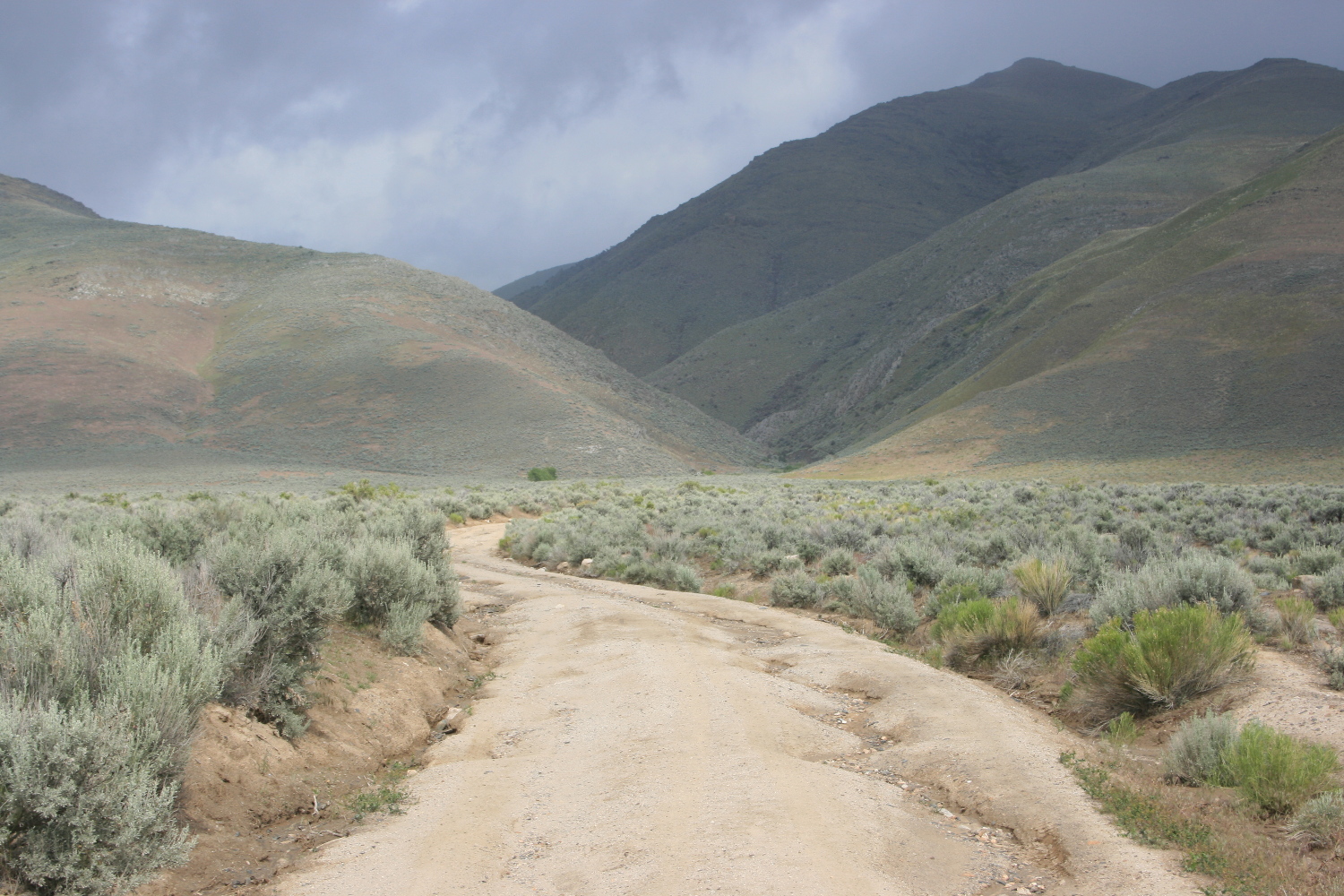 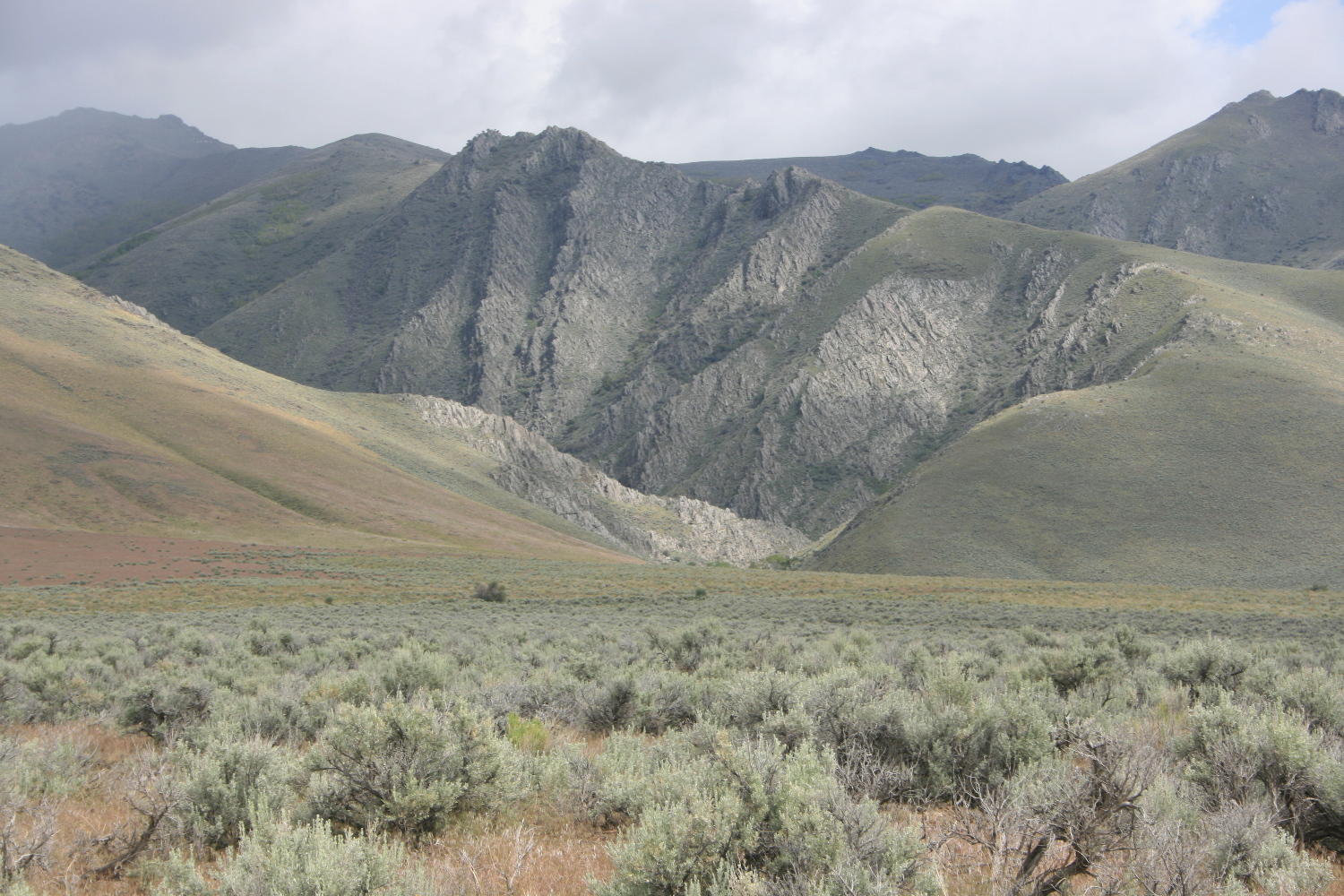 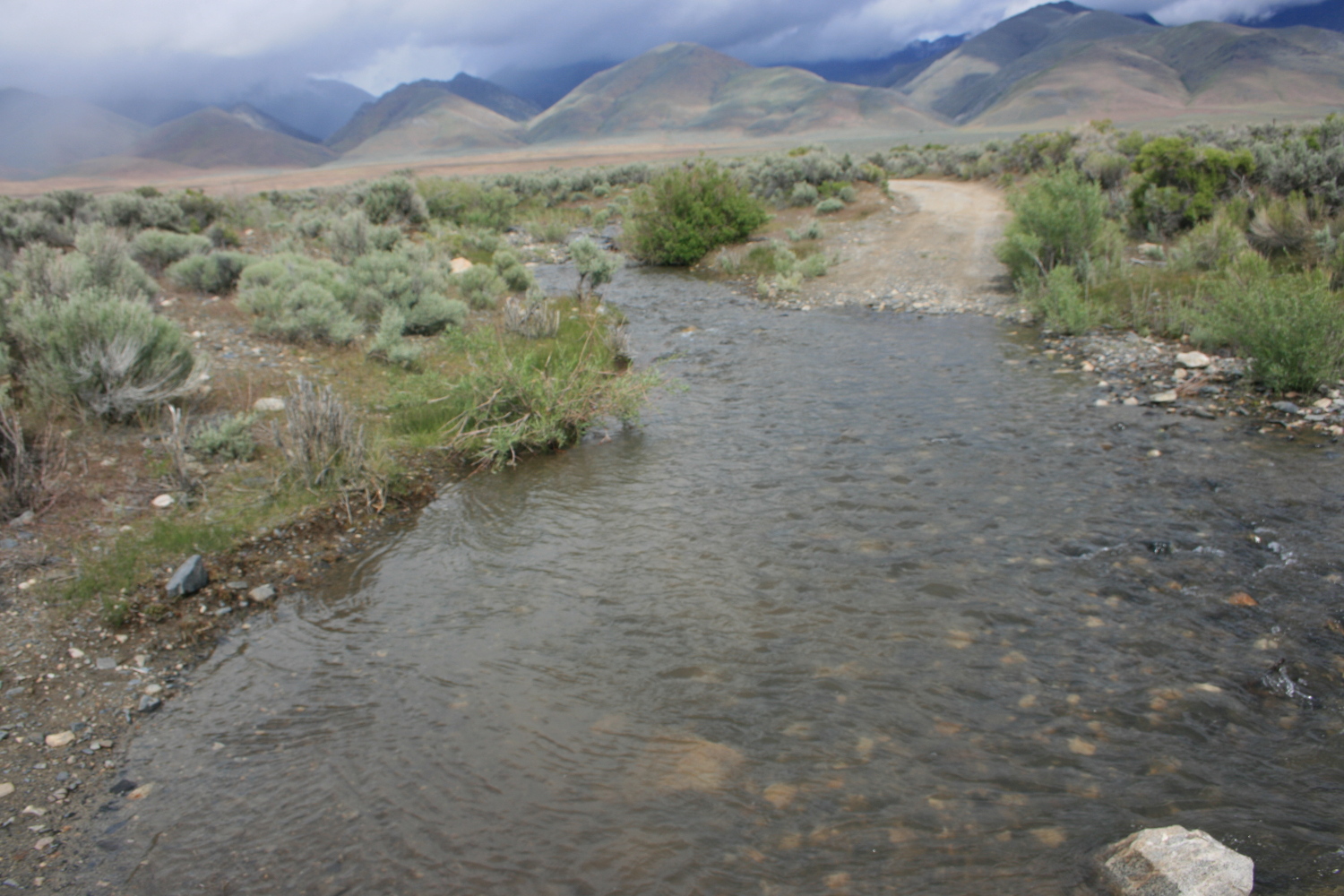 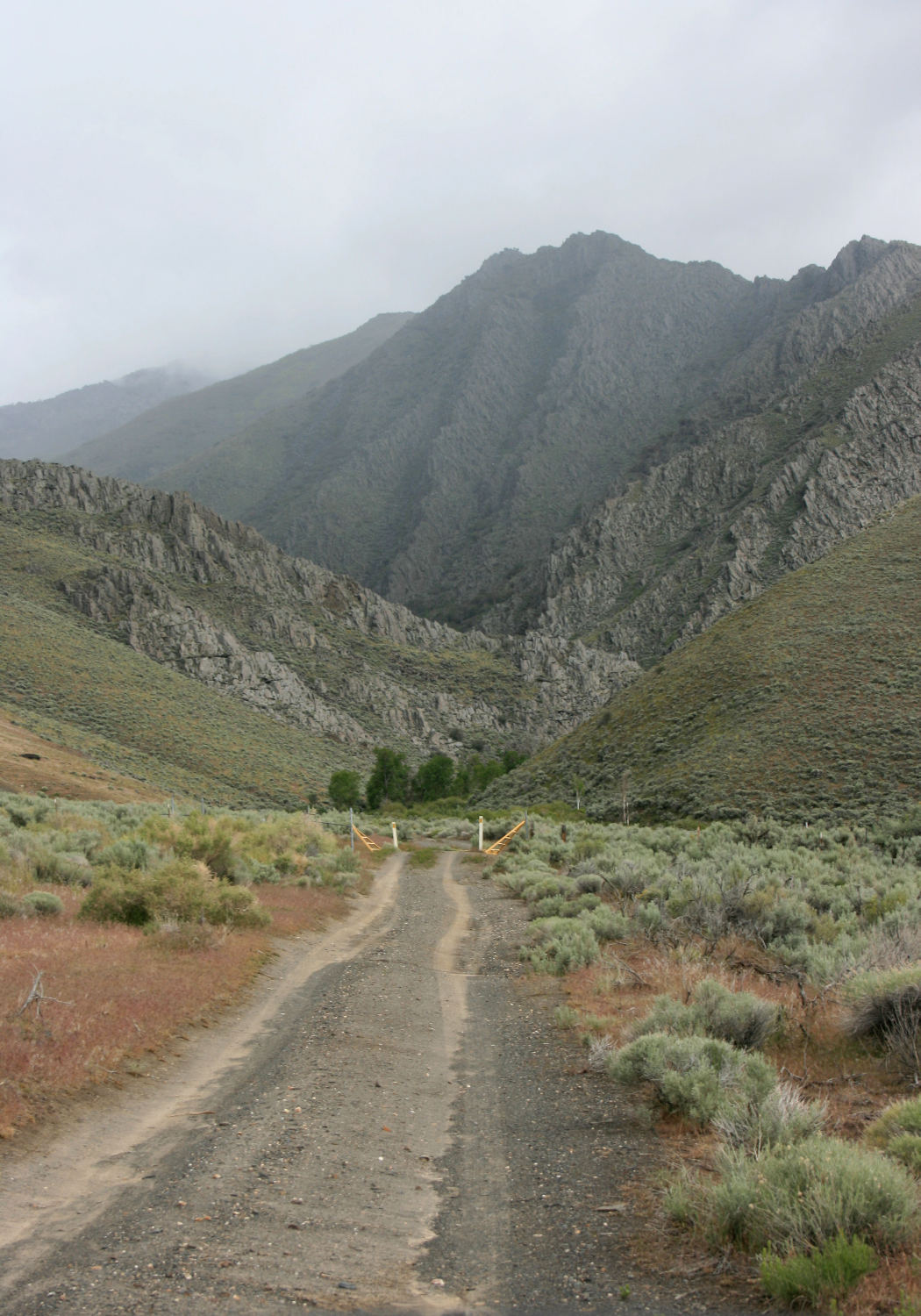 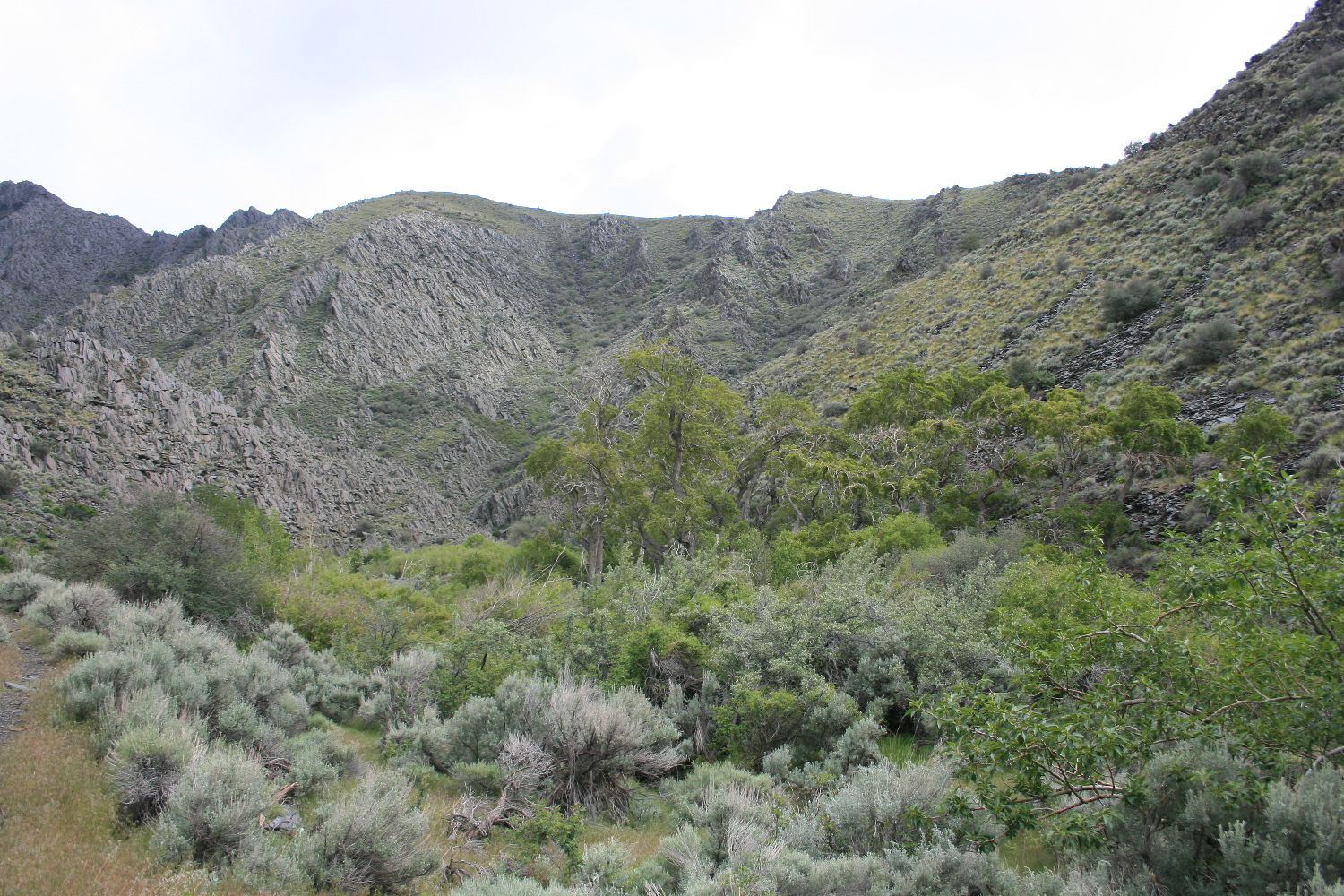 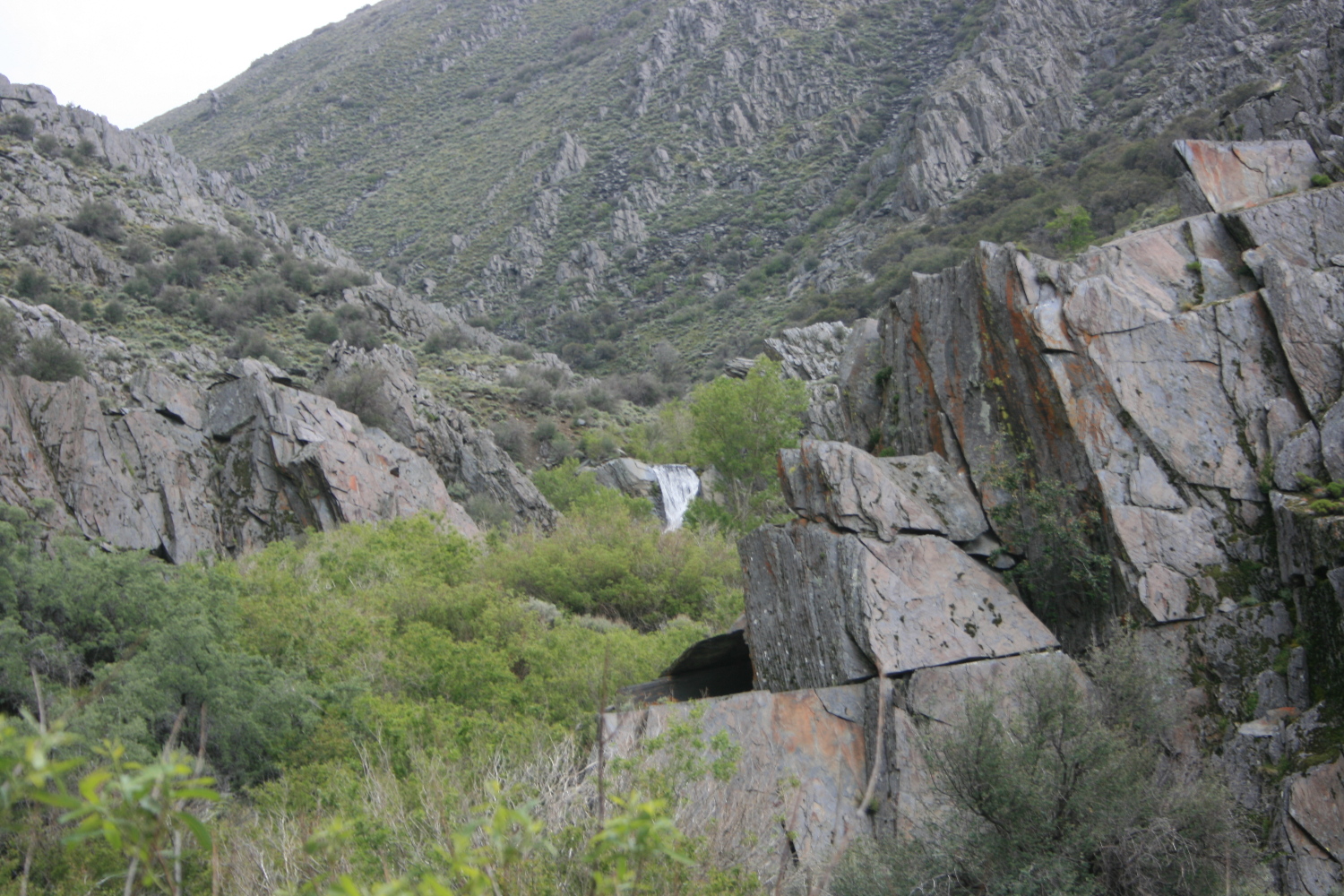 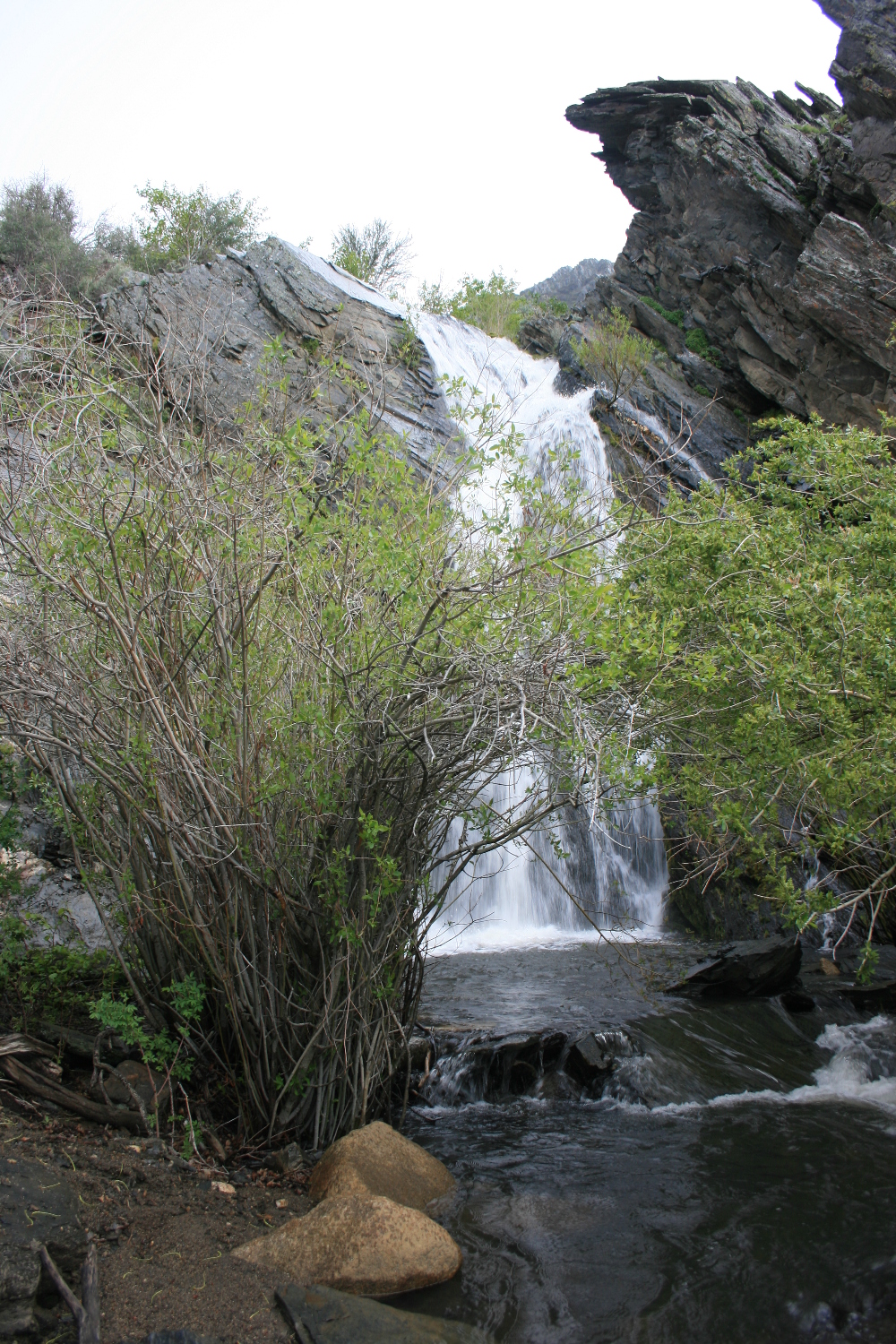 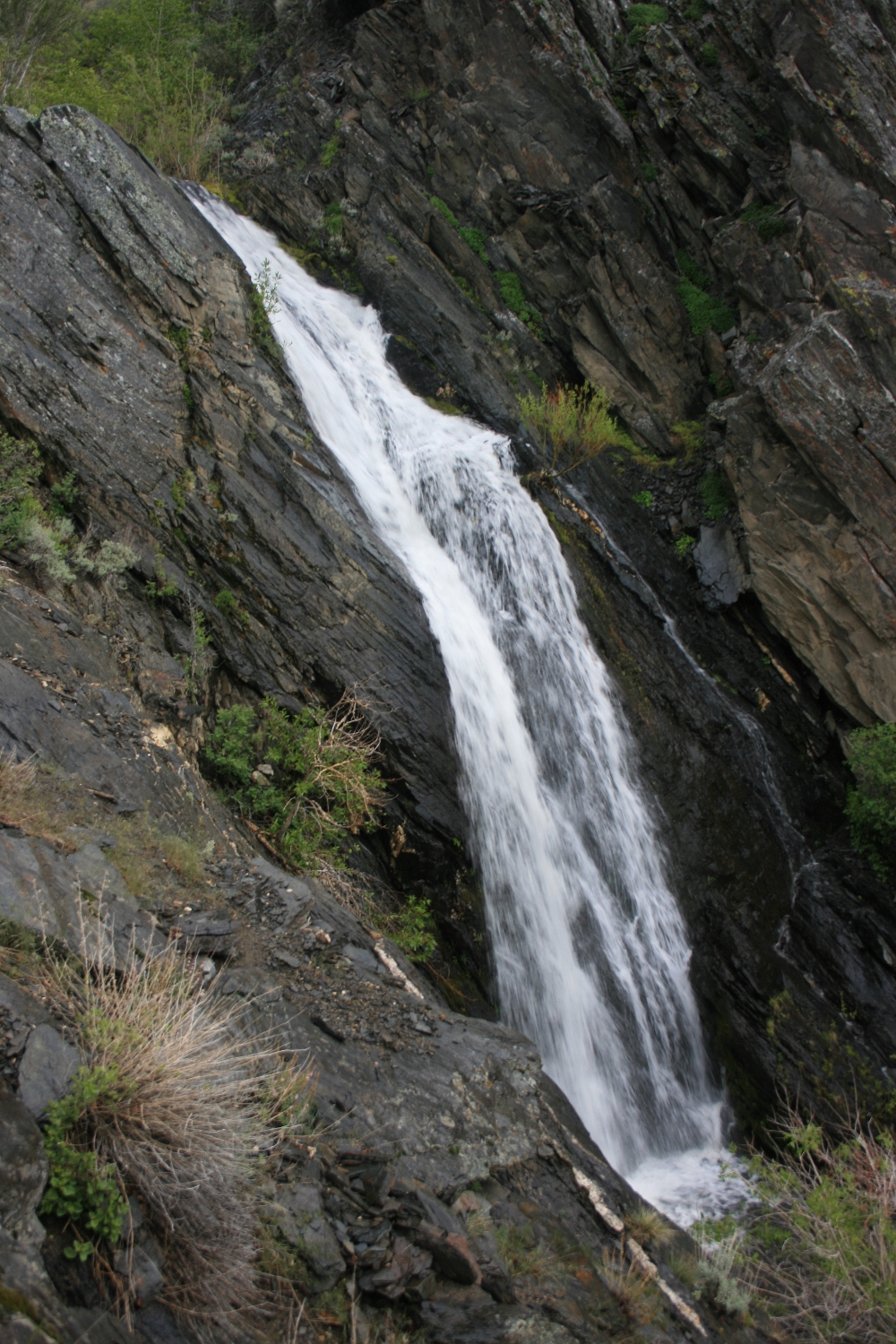 An unusual waterfall in the Santa Rosa Range, within the Great Basin of Nevada.

The Santa Rosas, in the far northern part of the state next to southeastern Oregon, are another of those little-known Nevada ranges with peaks near 10,000 feet and perennial streams.

Most of the southern part of the range is included in the Santa Rosa-Paradise Peak Wilderness; in fact, the falls lie just outside the wilderness area. Like nearly all Nevada ranges, the Santa Rosa Range trends north-south.

Falls Creek drains to the west, toward US 95. The turnoff for the trailhead is about 40 miles north of Winnemucca, Nevada, on US-95. Detailed directions are given below.

From the trailhead the falls are straightforward to find; just follow the old path up the creek. There are several fords, so footgear that you don’t mind getting wet is a plus.

The falls are not visible from the trailhead; they’re beyond a sharp bend to the left where the creek goes around a ridge.

The falls become visible about a half-mile in. There is a branch path to their base, while the main trail goes around to the left (and continues on up the canyon, in fact).

The falls are in dark phyllite, a hard metamorphic rock that also makes up the angular ridges, and the resistance of this rock to erosion no doubt helps account for the falls.

Getting to the trailhead.

Take US-95 north from Winnemucca, Nevada. The easy-to-find landmark will be the turnoff for Nevada SR 140, about 31 miles north of Winnemucca.

Continue on US-95 another 8 miles beyond this junction to the Horse Canyon turnoff, an unimproved road coming in from the right.

If you get to the Orovada Rest Area on the right you’ve gone about a mile too far.

Once on the Horse Canyon road follow it about 2.5 miles. Horse Canyon is the prominent drainage straight ahead; do not go there.

The complaints on Alltrails and such about not finding the falls are most likely because the party took the trail up Horse Canyon by mistake.

Although Horse Canyon itself is an interesting hike, it does not contain a waterfall!

Instead, at that point about 2.5 miles in another road branches to the right (south); take that road.

Falls Canyon is the next large drainage on the south, and is distinctly more rocky and ragged-appearing because of the phyllite outcrops.

The road ends at an obvious turnaround point, where it continues as a path.

High clearance is imperative, and 4wd desirable, on these dirt roads as there are several fords even if there are no washouts.

Water levels will also be higher earlier in the season, which of course is also when the falls will be more photogenic.