Thomson Falls (I’ve also seen it referred to as Thompson Falls, Thomson’s Falls, and Nyahururu) was the name of both the neighboring town as well as the waterfall.

This was the only waterfall we saw on our June 2008 safari in Kenya as it was a relatively easy stop on an itinerary that was dominated by wildlife viewing.

Unfortunately, my severe bout of food poisoning further complicated this visit for I kept fighting the urge to vomit while visiting this intriguing waterfall.

Thomson Falls was said to plunge some 72m on the Ewaso Narok River on the far northern end of the Aberdare Ranges.

We managed to view this equatorial waterfall from the multitude of viewing areas along the rim of the gorge.

Accompanying the overlooks were lots of curio shops as well as lots of locals loitering around looking to either have their picture taken with us (for a fee) or to try to steer us into their affiliated curio shop.

I guess the one thing about being real sick was that the touts perhaps didn’t aggressively pursue us as I would’ve imagined had I been healthier.

Then again, I might not have noticed them since my mind was on other things given that I did recall a few of the touts were still persistent about bringing us into their shops.

Nevertheless, an interesting aspect about this waterfall was that it was very close to the equator.

In fact, of all the waterfalls we’ve seen around the world, this maybe the closest one to the equator that we’ve been to!

While equatorial waterfalls might conjure up images of steamy jungles and extreme remoteness, it turned out that Nyahururu was at 2360m in elevation.

Thus, it was not nearly as hot and humid as we would have imagined here.

To further illustrate the altitude we were at, we witnessed many Kenyan marathoners in long-sleeved Maasai red jackets training for the 2008 Olympics in China.

The high altitude might have helped their endurance as they’d be more accustomed to the oxygen-deprived elevation during their training runs.

There was a 20-minute or so walking path to the base of Thomson Falls.

However, a sign warned us of muggings and theft, and it recommended that we should hire a guide for safety.

As much as I really wanted to do it, we decided against going because my nausea from food poisoning really made me miserable and unfit to partake in such an activity.

So I guess it just wasn’t meant to be.

As a result, we had to content ourselves with just enjoying the falls from the top.

Perhaps on a future trip, we might go ahead and get to the base of the Thomson Falls for an entirely different perspective.

And I’ll be determined to include more waterfalls on that trip, if we’re fortunate enough to make the return trip to Kenya.

Thomson Falls resides in the town of Nyahururu in Laikipia County of Kenya. It is administered by the Laikipia County Government. For more information or inquiries about the area as well as current conditions, you can try visiting their website or Facebook page.

We came to this waterfall from Mt Kenya. The drive was a little over two hours to the west from there.

We were bound for Lake Nakuru (and its wildlife), and Nyahururu happened to be along the way.

Since we were driven here (and I couldn’t pay attention to our surroundings thanks to my food poisoning), I can’t provide any additional driving details.

Besides, it’s not common for tourists to be self-driving in Kenya anyways. 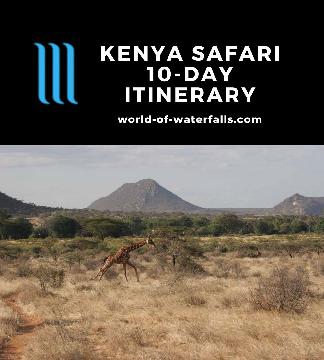 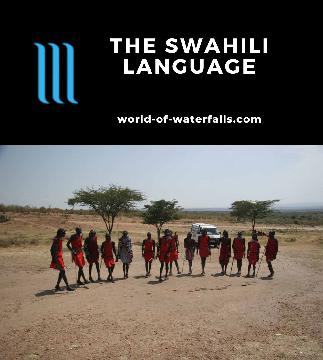 If you have a waterfall story or write-up that you'd like to share, feel free to click the button below and fill out the form...
Thompson falls view point charges May 26, 2014 9:42 pm by James Munene - Hi all, I grew up 10 kilometers or so from the falls and every time our parents took us to Nyahururu town, we went to see the falls. In December 2013, I went home and was anxious to go see the falls again. I got to the view point only to find that the local… ...Read More