Ingalalla Falls (also referred to as the Ingalalla Waterfalls) was one of the few named waterfalls in the state of South Australia, which was a state with the reputation of being the driest in the country.

On our first visit back in November 2006, it was one of the casualties of the nearly decade-long drought that really hit most of southeastern Australia.

Thus, it didn’t really stand a chance as it was trickling and wasn’t much to see.

Julie and I then came back 11 years later under more benign conditions, and that was when we saw Waterfall Creek with enough flow for a more satisfactory waterfalling visit.

The picture you see above reflected how the last 10-15m of the waterfall looked like under such conditions, which earned it a higher scenic rating than the 0.5 we had given it in the past.

From the signed car park and picnic area (see directions below) we followed a short 300m track leading to the base of the Ingalalla Falls.

The short track descended past a bridge over Waterfall Creek, then briefly followed alongside the right side of the creek before going through an attractively wide and grassy clearing.

Just beyond the clearing, the track essentially ended right at a rocky area at the bottom of the waterfall.

However, the falls couldn’t be cleanly seen without some scrambling to get onto the middle of Waterfall Creek or to the other side for a more angled view.

The presence of the large rocks hinted at rock falls from the past, which made us fully aware of the steep terrain that also gave rise to the waterfall itself in addition to the hazards.

This excursion could take as little as 15-30 minutes depending on how fast you walk and how long you linger at the falls itself.

During that second visit to the falls, I noticed that there were hidden tiers further upstream from the main drop you see pictured above.

I actually attempted to get a cleaner look at the upper tiers so I scrambled up a very steep and eroded track that quickly degenerated into a very dicey scramble.

Even when I got high enough to be at eye level of one of the upper waterfalls, I never really got a clean look at it due to trees on the steep slope obstructing the views.

The informal scrambling path continued further up the cliffs towards its top (well above the Ingalalla Falls’ hidden upper tiers).

However, the scramble was increasingly steeper and more exposed to drop offs (i.e. more dangerous) the higher up I went.

So I was content to carefully head back down and not assume any more risk to my safety.

In hindsight, it probably wasn’t worth making the attempt at going up the scrambling path, and the difficulty rating on this page assumes no additional scrambling was involved.

Finally, we noticed that the plunge pool beneath Ingalalla Falls had a bit of a smell as well as some brownish foam.

Having seen this phenomenon before in more developed suburbs like Paradise Falls back at home in California, we knew it was runoff pollution.

However, in this instance, given the agricultural nature of the Hay Flat vicinity, we suspected Waterfall Creek had a significant amount of agricultural runoff.

Therefore, it didn’t seem wise to swim or cool off in the water at this waterfall without risk of bacterial infection.

Ingalalla Falls resides in Yankalilla Council near Normanville, South Australia. It is administered by the South Australian Forestry Corporation (ForestrySA). For information or inquiries about the area as well as current conditions, visit their website.

Julie and I visited Ingalalla Falls from a pair of different approaches, which I’ll describe in this section.

The first approach was from the Adelaide CBD to the north as part of a long out-and-back half-day excursion.

The second approach was from the south after leaving the Cape Jervis ferry (one of the Sea Link connections to Kangaroo Island) and taking a short detour to the falls on the way to Victor Harbor.

For the approach from Adelaide CBD, we headed southwest on the Anzac Hwy (A5) towards the A2 (Gallipolli Ramp) for about 2.4km then followed it about 8km towards the A13 (or M2, which wasn’t there when we first made our visit back in 2006).

Eventually, we left the A13 for the B23 near the suburb of Old Noarlunga (roughly 21km from the start of the M2).

Then, we continued south on the B23 for nearly 25km towards a junction with the B34 at Myponga.

We then kept right at this junction to continue heading southwest towards Yankalilla.

We remained on the B23 to pass through Yankalilla then turned left onto Hay Flat Rd in Normanville (roughly 17km southwest of the junction with the B34 near Myponga).

Note that there was a sign for Ingalalla Waterfalls at the start of Hay Flat Rd.

Next, we followed Hay Flat Rd for about 10km to the signed turnoff on the right for Ingalalla Falls.

Overall, this 86km drive took us about 90 minutes depending on traffic conditions.

There was a gate at the entrance to the Ingalalla Falls turnoff, which may be closed as it was on our first visit due to a total fire ban.

Aside from such extenuating circumstances causing its closure, the reserve would typically be open.

There was no fee to enter the reserve in either of our visits.

For the approach from Cape Jervis ferry terminal (which we took on our second visit), we drove east on the B23 for about 12km then turned right onto Cole Rd in the town of Delamere.

We then followed Cole Rd for about 15.5km to the Hay Flat Rd, where we then turned left to go north.

There was a sign for the Ingalalla Waterfalls at this road junction.

We followed the partially unsealed Hay Flat Rd for about 4km, where after a steep paved and narrow downhill stretch, we turned left for the gate at the entrance to the Second Valley Forest Reserve.

It took us just under 30 minutes to make the drive from Cape Jervis to the Ingalalla Falls from this southern approach.

Many A Delighful Day at Ingalalla Falls September 28, 2014 2:31 am by _Anonymous198 - As a previous resident of the area I visited the Falls many times. I found the most enjoyable time was during October when the sun was not too hot, the grass had not yet died off and the water was still running from the winter rains. We cooled our drinks in the brook which had… ...Read More

INGALA FALLS (Normanville South Australia) March 27, 2012 12:07 pm by Roger Foster - I was sad to see this miserable photo of ingala falls without water, it was like that a month ago but then as they say the rains came and gave me this opportunity to get a few pic's of this beautiful part of South Australia Enjoy Roger Foster ...Read More

Haunted Ingalalla Falls? (from Former Normanville Local) March 19, 2012 5:01 am by Christopher Marshall - A friend of mine emailed some photos to me, taken at a party that was taking place there. I saw whisps of smoke, yet no one had been smoking. After reading about this place, I believe it may be haunted. ...Read More 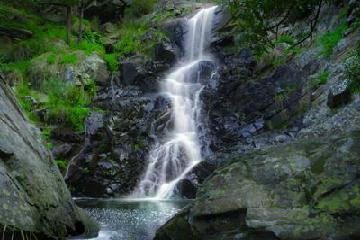 Ingalalla Falls October 11, 2010 8:20 am by Simon Wills - I have recently found a passion for photography, so I have been touring around South Australia with my wife, practicing away and came across these Ingalalla Falls. We went not long after a small amount of rain had fallen, maybe a day before, and it was mid winter. So attached are a couple of pics… ...Read More 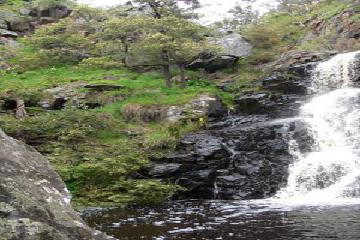 Ingalalla Falls September 23, 2010 12:03 am by Khristina - Some friends and I visited the waterfall in September 2010 after a lot of rain and it was flowing beautifully. The scenery was green and lush...it was a lovely visit. Khristina ...Read More 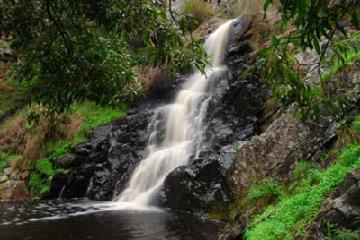 pic of Ingalalla Falls July 5, 2009 10:40 am by Jim Glasgow - Hi there, last weekend my partner and I enjoyed a lovely picnic lunch after taking the attached picture (of Ingalalla Falls). We were lucky enough to get the pic between rain showers. ...Read More