About Toorongo Falls and Amphitheatre Falls

The smaller Amphitheatre Falls, on the adjacent Toorongo river, was a bonus waterfall to the Toorongo Falls.

The reliable flow of both falls could be attributed to the tendency of the Great Dividing Range (the dominant mountain range of northeastern Victoria) to attract rain.

The observation of an abundance of ferns further indicated that I was indeed in a rainforest.

In fact, the Great Dividing Range was also responsible for another reliable waterfall near Marysville further to the west at Steavenson Falls.

Both the Toorongo and Little Toorongo Rivers fed the Latrobe River, which itself flowed through Latrobe Valley in the heart of Gippsland.

The Latrobe River eventually fed the Gippsland Lakes further to the south.

Resilient in the face of drought

In my experiences at these waterfalls, I was treated to such lush green fern-filled scenery that it made me momentarily forget that the area was undergoing a drought in each of my visits here.

In the case of my first visit here in November 2006, it was in the midst of Australia’s worst drought in its recorded history to date that lasted most of that decade.

On my second visit in November 2017, the entire eastern Victoria region suffered through an abnormally dry Winter and Spring.

Indeed, the rainforest scenery here contrasted mightily to the everpresence of brown in almost every other place this side of Victoria that we had visited.

To experience the Toorongo Falls, I had the option of doing a 1.2km out-and-back walk or doing a longer 2.2km loop walk that included the nearby Amphitheatre Falls (or Amphitheater Falls in American English).

The loop part of the track began shortly after the footbridge over the Toorongo River.

Each time I’ve visited this place, I’ve done the longer loop walk in an anticlockwise manner.

This allowed me to first reach the Toorongo Falls after a moderate uphill climb to its viewing deck.

While I was able to see parts of the Toorongo Falls on the climb up, it was the viewing deck allowed me to experience the main drop of Toorongo Falls.

That said, it was clear that there were hidden tiers further upstream as well as cascading sections further downstream from my vantage point.

So it was another case where pictures really didn’t do this falls justice.

After the track made a descending bend to the left, I then encountered the lookout for the Amphitheatre Falls perched right above the middle of the river.

Amphitheatre Falls was probably on the order of 5m.

It fell where the Toorongo River shot through a chute in the underlying bedrock before meandering further downstream and joining the Little Toorongo River near the car park.

The remainder of the track was predominantly downhill for the last 800m or so.

Overall, in each of my visits, I spent about an hour away from the car, which was much shorter than the estimated 90 minutes that the signs had indicated.

Toorongo Falls resides in the Toorongo Falls Reserve near Noojee, Victoria. It is administered by Baw Baw Shire Council. For information or inquiries about the area as well as current conditions, visit their website.

Each time I’ve visited the Toorongo Falls, I’ve done so from Melbourne.

Even though there are many ways to get here throughout Gippsland and the Dandenong Ranges, I’ll just focus on the most straightforward driving directions from the city centre.

From the Melbourne CBD, I drove southeast on Batman Ave (which was actually a CityLink Toll Route), which eventually joined up with the Monash Freeway (M1) bound for Warragul.

After taking the exit, I followed the signs for Mt Baw Baw which pretty much followed the C426 via Old Sale Rd then Main Neerim Rd.

After about 42km along the C426 Road, the Main Neerim Rd then joined up with the Mt Baw Baw Tourist Road (C426).

Then, after about 8km along the Mt Baw Baw Tourist Rd (passing through the town of Noojee), I then kept left to leave the C426 to go onto the Toorongo Valley Rd.

At that point, I followed the Toorongo Valley Rd to its end after 6km to the car park for the Toorongo Falls Reserve.

The last 1.2km of the Toorongo Valley Road was unsealed.

Overall, this drive took me about 100 minutes (would take longer if avoiding the toll roads in the city and if there were lots of logging trucks to try to pass). 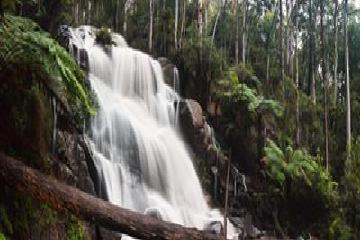 Toorongo Falls – April 2011 April 12, 2011 10:42 pm by Sean Farrow - On Sunday the 10th of April 2011, I packed up the photo gear into the car and made the trek to Noojee to photograph these iconic falls, taking in the surrounding landscape and the Noojee trestle bridge and other waterways also. I was not dissapointed. The river was in full flow. Normally I'd wade in… ...Read More 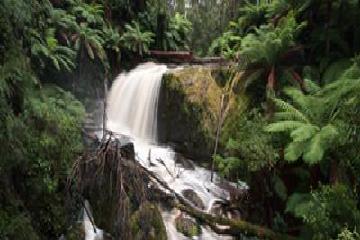 Amphitheatre Falls – April 2011 April 12, 2011 10:21 pm by Sean Farrow - I recently, on the spur of the moment, packed up the car one morning with my photo gear and hit the road to Noojee and surrounding areas with the intention of photographing Toorongo and Amphitheatre falls and the Toorongo river. After recent rains, I was not dissapointed. Normally I'd wade into the flow to get… ...Read More 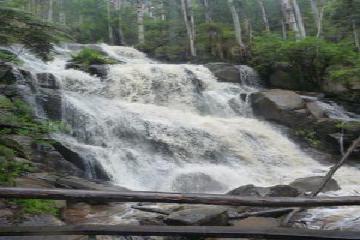 Toorongo Falls December 10, 2010 3:33 am by Angela - Thank you Johnny & Julie for such a beautiful website!! Here are some pics of the waterfall as it was on 21 November 2010. My partner and I visited these falls on Sunday 21 November 2010 (last weekend), and they were magnificent. The writer is correct that the drought had an impact in the photos… ...Read More