Kapena Falls is a tiny waterfall tumbling around 15-20ft, which was essentially an urban waterfall for all intents and purposes given its presence practically underneath the Pali Highway near the Nuuanu Cemetery.

What’s funny about this waterfall was that finding it was either a matter of walking along a high speed highway or walking through that cemetery.

Even funnier was that the first time we attempted to visit this waterfall, we ended up mistaking it for Alapena Falls, which was just downstream of where we needed to go.

Even though we saw a pair of teenagers jumping off a rope swing into the plunge pool beneath the falls, I cringed as I’m sure urban pollution probably infested the watercourse here with the leptospirosis bacteria.

That illness (born of bacteria transmitted by feces from non-native feral animals rampant on O’ahu) is not so funny as it has resulted in fatalities.

” as well as in the movie “The Rundown

So even though this waterfall seemed to be somewhat obscure, apparently, lots of people (including those affiliated with Hollywood) still know about it.

The most straightforward and sanctioned way to visit Kapena Falls was via the Nuuanu Cemetery (see directions below).

Once at the correct turnoff, we drove through the access road all the way to its end, where there’s a parking lot that appears to be designated for Kapena Falls visitors.

One thing to keep in mind with this access is that the gates close at 3:30pm (subject to change, but it was this way on our last visit in November 2021).

This means that sanctioned parking for Kapena Falls after this time is prohibited (though I did manage to find street parking and then walk to the Kapena Falls parking area and trailhead to make my visit).

Once on the Kapena Falls Trail, it’s a pretty straightforward path at the base of a small hill or cliff (some of which apparently had petroglyphs as well as graffiti; hard to tell which was which) going about 1/4-mile along the Nuuanu Stream.

Along the way were some intermediate cascades including one called Alapena Falls.

At the end of the trail, there was a large plunge pool as well as an angled view of the Kapena Falls.

That said, with the overgrowth it left a lot more to be desired of the view, and it looked rather steep to attempt to find a way to cross the stream and scramble up to the bluffs on the other side for a more frontal view of the falls.

In any case, this visit was pretty short, and I’d imagine 30-45 minutes is about right for a visit here.

The Other Side of Kapena Falls via the Pali Highway

When I first visited Kapena Falls in January 2007, we actually thought we were trespassing through the cemetery and tried to find a different way to access the falls.

This led us to a scenic overlook on the southbound Pali Highway right at the first pullout after the on-ramp from Wyllie Street.

At this pullout, there was a view overlooking a pagoda surrounded by tombstones (from the Nuuanu Cemetery) as well as a bunch of broken glass (bad omen in terms of car break-ins).

Once I got out of the car, I walked along the Pali Hwy (staying well clear of the oncoming traffic) then hopped over the railing just behind that Scenic Overlook sign.

From there, an informal use-trail descended towards a more satisfying and direct view of the falls as well as its pool.

While exploring this unsanctioned spot a bit further, I managed to scramble a crossing of the stream just downstream of the plunge pool for Kapena Falls.

So that brought me back to the trail described above, and thus, it might be the way to get a more direct view of the falls without hopping freeway railings if coming from the Nuuanu Cemetery.

Kapena Falls resides in Honolulu on the island of Oahu, Hawaii. To my knowledge, it is not administered by any official authority. For information or inquiries about the general area as well as current conditions, you may want to try visiting the Department of Land and Natural Resources (DLNR) website.

The sanctioned way to visit Kapena Falls was from the Nuuanu Cemetery so that’s how I’ll describe the driving directions assuming you’re coming from Waikiki Beach.

It can get tricky leaving Waikiki to get onto the H1 (and traffic patterns change), but my preferred way to get there from the Sheraton Waikiki say was to take any of the small streets north to Ala Wai Blvd.

Then, turn left onto the one-way Ala Wai Blvd heading west but keeping right to make a right turn onto McCully Street.

Then, follow McCully Street north to Dole Street, where I’d turn left and then follow this low-key residential street to Alexander Street at a four-way stop.

Turning left onto Alexander Street, then I’d be going straight to the onramp for the westbound H1 Freeway.

Once on the H1 going west, I then followed it to the Pali Highway (connecting ramp on the right).

Then, as soon as I get on that ramp, I look for the Wyllie Street exit, where I can turn left at the light onto Nuuanu Ave.

In less than a quarter-mile, the turnoff into the correct road leading to the Nuuanu Cemetery and Kapena Falls was on the left.

If going south on Nuuanu Ave as I’m describing so far, then it’s the first left after the Royal Mausoleum of Hawaii.

Note that if you’re going north on Nuuanu Ave, then it’s the first right after Craigside Place (this particular street goes to Honolulu Memorial Park).

Once on the proper access road, then take it to the end, which is where the Kapena Falls Trailhead is at, but you do have to keep in mind that the gates typically close at 3:30pm so don’t find yourself locked in!

Then, at about a quarter-mile, turn right at the next light to go onto the Pali Highway due south.

There’s a sign saying “Scenic Overlook 500ft”, and pretty much as stated, there’s a pullout area with a view over the greenspaces of the row of cemeteries here.

That’s where I was able to briefly park and seek out Kapena Falls before coming back. 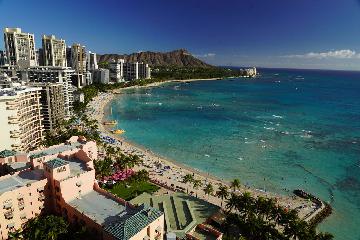 SA Teen Boys Manoa Cottage 1977-78 (Kapana Falls) December 27, 2013 7:49 pm by Erich Holmquist - I was in Salvation Army group Home in Manoa Valley during the years 1977-78. We use to come there often to jump off the falls. I never jumped; but I was pushed off. I thought it was pronounced Kapana falls. ...Read More

Memories of Kapena Falls July 25, 2013 1:13 am by Barbie Germann - When I was a little girl, in my early teens, we used to walk through the cemetery to get to Kapena Falls and it was my favorite place to swim along with San Souci Beach and the Natatorium in Waikiki.. How I miss my childhood in Hawaii as I had the best childhood a person… ...Read More

Old military brat (Kapena Falls) September 2, 2011 8:49 pm by Mike - Once a great hangout for teens and similar airheads! Jumping feet first into murky, clouded water was very risky. Once parked my car on the Pali shoulder to take a plunge. Gone 20-minutes. Returned to my car that had been broken into. Billfold stolen. Haven't returned since 1967!! ...Read More

Becoming Kama’aina at Kapena Falls May 24, 2011 4:39 am by John Lopez - I was very fortunate to be stationed at Sub Base Pearl in 1953 with my cousin Joe Rodriguez. As we are native Floridians, we both enjoyed the island of Oahu and its many beaches and sights. While hanging ten on Kuhio Beach with some local friends, they asked us if we would like to become… ...Read More

1967-1970 Kapena Falls October 9, 2008 5:30 am by Debbie - We used to swim here all the time while living in Hawaii during our teens. Parents were military and it was great fun at the falls. Not far from here, if I remember correctly, was a place called Jackass Ginger which was a place to slide down. I believe it was a half lava tube… ...Read More

Kapena Falls…with a bonus Alapena Falls October 8, 2008 1:58 pm by Peggy - We found Alapena Falls first. Tons of mosquitos, not a deep enough pool to swim, lots of litter from beer bottles to other trash around the shore. Not a spectacular falls. Then my friends tried to take a shortcut back to the car and found Kapena Falls. Much prettier, still lots of mosquitos, less trash,… ...Read More