Snoqualmie Falls was easily the most popular and most visited waterfall that we have been to so far in the state of Washington.

However, we think the adjectives spectacular and powerful should also be thrown in there as well.

And this was despite the fact that the Puget Sound Power and Light Company managed to divert some of the Snoqualmie River’s flow for the purposes of hydroelectricity.

So even though this waterfall was in a compromised state, it was still an awesome sight with its gushing year-round flow.

We could only imagine how wild this 268ft waterfall must have been during its wilder days before regulation.

The Popularity of Snoqualmie Falls

Given all these factors, I guess it shouldn’t have been surprising that this waterfall was so popular.

After all, it was merely a half-hour or so of driving from Seattle to get here (depending on the severity of the traffic).

Moreover, we had a pretty easy time checking out the falls from its well-developed walkways and viewing platforms that allowed us to view the falls from above as well as from below.

In fact, we even witnessed some road rage as people were competing for limited parking space.

In one instance, one person managed to snag a parking spot right in front of someone who was patiently waiting for the prior occupant to pull out.

Indeed, things can get pretty tense when something like this is so popular.

Experiencing Snoqualmie Falls from the bottom

In addition to the obvious upper lookouts near the Salish Lodge, we also went further downstream from the falls.

That was where we managed to find a steep-but-well-developed trail that led us to the lower parking lot as well as some hydro infrastructure.

There were also a few relics alongside the trail, which the kids loved and the adults loved to use as photo ops.

Beyond the hydroelectric facilities, the trail became a boardwalk along the banks of the Snoqualmie River.

Eventually, the trail terminated at a lookout with a direct view towards the base of Snoqualmie Falls.

Meanwhile, the walk between the upper lookouts and the lower lookout was said to be a half-mile in each direction.

While the view from here wasn’t close enough to be totally bombarded with the spray from the falls, it was noticeably cooler down here.

Plus, this different perspective at the river level was certainly worth the exercise and the experience.

Timing A Visit To Snoqualmie Falls

As for the timing during the day to photograph this waterfall, our experience has shown us perhaps morning wouldn’t be the best time to visit.

That was because the falls was easily shrouded in fog and mist in the morning.

Conversely, we happened to be here on at midday on a sunny late August day in 2011 when the sun was right on top of us.

That pretty much left the gorge darkened by shadows while the gorge rim was washed out in the sunlight.

On our third visit in late July 2017, we arrived late in the afternoon where the falls started to become completely shaded by the neighboring cliffs.

So given these observations, if it was a sunny day, the best photographic conditions would probably be in the mid-afternoon.

In our first visit in 2006, we pursued the base of Snoqualmie Falls as we followed a pretty naturesque trail towards a boardwalk going past some hydroelectric facilities that appeared to still be in use.

It was far less crowded and more primitive back then.

On our second visit in 2011, the lower area was inaccessible as it was in the midst of some pretty extensive construction to completely make over the facility and public access.

When we returned for a third time in 2017, it looked like the work was complete.

Even though it still seemed like the lower parts of the Snoqualmie Falls complex remained far less busier than its upper counterparts, it appeared to be better able to handle the increased visitor numbers.

There was even a separate trail leading to river itself for an opportunity to cool off on hot days.

The building at the topleft of Snoqualmie Falls (as shown in the photograph at the top of this page) was the Salish Lodge and Spa.

It certainly seemed pretty upscale though we didn’t dine and stay there.

It did seem to be a pretty popular spot to have weddings, which was definitely the case on our last visit here in late July 2017.

Moreover, something that was interesting was that there was a stream gauge indicator in the lobby area indicating what the flow of the Snoqualmie River was.

Apparently, the area around Snoqualmie Falls continues to be developed for additional housing.

Not everyone is on board with the ongoing developments, especially from the Snoqualmie Tribe.

While politics are not the focus of this website, you can read more about their grievances at this website.

Snoqualmie Falls is near Issaquah in King County, Washington. It is administered by the city of Snoqualmie. For information or inquiries about this area as well as current conditions, visit their website or Facebook page.

As mentioned earlier, it’s about a half-hour’s drive east of downtown Seattle to the Snoqualmie Falls (hopefully there’s not too much traffic en route).

The approach we took was to take the I-90 east past Issaquah and eventually towards the ramp for Snoqualmie Parkway / Hwy 18 (Snoqualmie Falls is well-signed).

We then turned left to go north and followed this road for the next 3.8 miles before turning left at the three-way intersection with Railroad Ave (Hwy 202; or 1st Ave SE).

Shortly thereafter, we took the third exit at a roundabout to continue on Hwy 202 or Railroad Ave.

Just a short distance further was a turnoff for parking in front of the Salish Lodge on the left or the main visitor parking lot on the right.

If you’re parking at the visitor lot, you don’t need to walk cross the road as there’s a sheltered pedestrian bridge traversing over Hwy 202.

One time we didn’t notice the pedestrian bridge and actually did make the crossing by foot.

That’s something we wouldn’t recommend given the rather high rate of traffic on the Hwy 202 and the blind turns from oncoming traffic in either direction.

Another thing we noticed was that if it gets too hectic at the main parking area across the street from the Salish Lodge, it was also possible to continue driving further west on the Hwy 202 for about 1.6 miles before turning left onto 372nd Ave SE.

Then, we’d continue driving on the side road for the next quarter-mile before keeping left onto SE Fish Hatchery Rd and driving the remaining half-mile to the Lower Parking Lot for Snoqualmie Falls.

During our visit, we noticed quite a few open parking spaces while people were stressing out competing for limited spaces at the Upper Parking Lot.

The only drawback to parking down here was the uphill hike to reach the upper overlooks, but if you’re planning to visit both overlooks regardless, then it really doesn’t matter which lot you park at.


Fixated on the falls in motion. Note the construction above the falls. This is part of a bigger plan to completely renovate the area which currently impacts visitation. Work is said to be completed in 2013 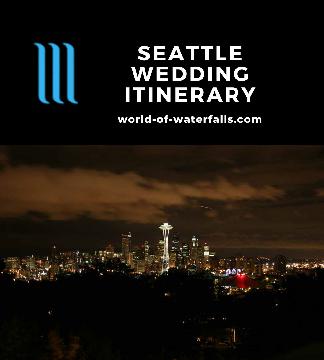 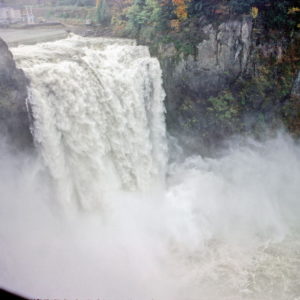 Snoqualmie Falls, flood of November 1985 May 9, 2021 1:49 pm by Steve Gillett - Thought you might like these pix of Snoqualmie Falls in the flood of November, 1985. The floodplain downstream was close to completely inundated--I've added a couple of pix of it as well, located somewhere between Duvall and Carnation. Sorry for the poor quality scans of decades-old slides, but I thought there might be some historical… ...Read More 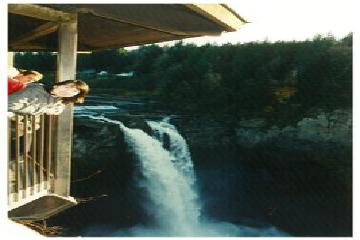 Name of Waterfalls (Snoqualmie Falls) February 14, 2009 5:23 am by Linde - Do you know the name of the waterfalls in this picture? Thanks & Regards Linde ...Read More

Snoqualmie Falls October 6, 2008 9:28 am by Dr.V.K.Kanniappan - Hi, I went to Seattle during 2002 along with my wife to visit my son working for Tata Consultancy Services, at Seattle. I was 58 years old during my visit. I had the opportunity to visit the Snoqualmie Falls. I felt very enchanted and happy. After reading this article, I feel like visiting US again… ...Read More

Snoqualmie Falls, flood of November 1985 May 9, 2021 1:49 pm by Steve Gillett - Thought you might like these pix of Snoqualmie Falls in the flood of November, 1985. The floodplain downstream was close to completely inundated--I've added a couple of pix of it as well, located somewhere between Duvall and Carnation. Sorry for the poor quality scans of decades-old slides, but I thought there might be some historical… ...Read More