Our 3-day Weekend Itinerary to revisit the famous Firefall

This itinerary of our visit to Yosemite National Park was pretty much motivated by catching the natural firefall phenomenon.

It’s where Horsetail Falls would be lit up by the setting sun in such a way that the falling waters glow red while everything else around it was in shadow.

Thus, the illusion of fiery embers being pushed off the cliff (like it used to be off Glacier Point) would be seen. 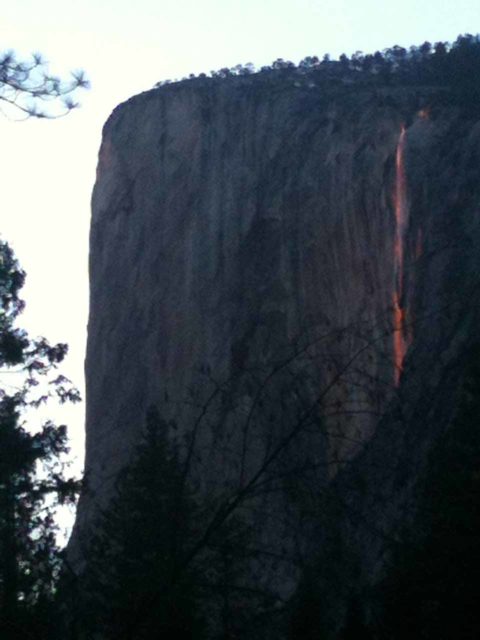 The Firefall – This was probably more of a highlight to Mom and Julie than it was to me because I was standing in a different spot than them and wound up with a more subpar experience from the Southside Drive. Still, there’s just something surreal about this phenomenon that makes it quite easy to see why it had blown up in popularity over the last few years. 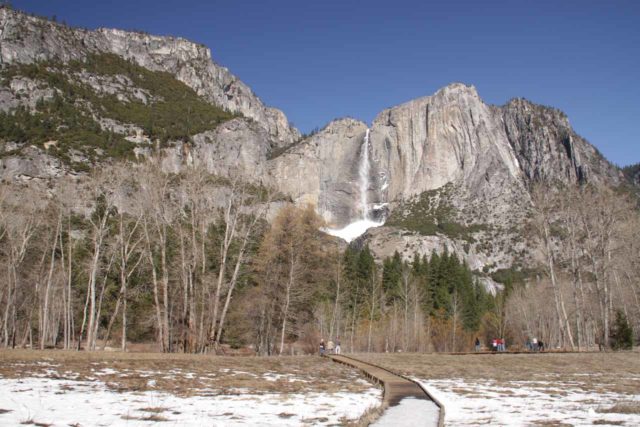 Yosemite Valley – Even though the waterfalls weren’t pumping, it was still a treat to visit Yosemite Valley in the Winter time. Indeed, this incomparable valley takes on different appearances at different times of the year, and it’s the Winter scene that’s not seen all that often since we’re usually only here in the Spring and early Summer. 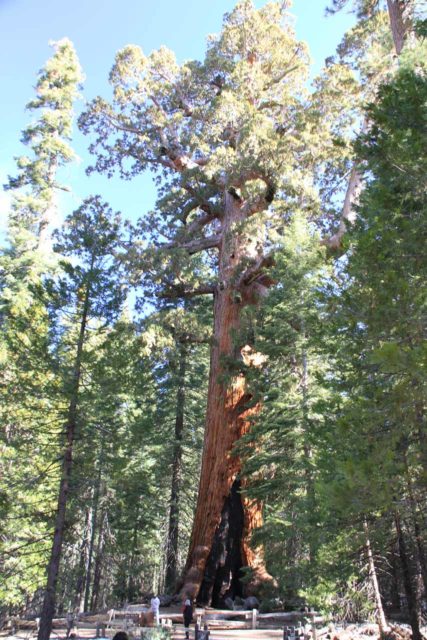 Mariposa Grove – This was Yosemite National Park’s own grove of giant Sequoia trees, and it was quite similar to the ones protected in Sequoia National Park. However, our daughter did well in walking the partially snow-and-ice-covered trails to get all the way to the Grizzly Giant, which was the oldest and largest of the redwoods in this grove. It was a great way to end off this short weekend trip before doing the long drive back home.

Even though Julie and I have been Yosemite veterans (we’ve been here more times than we can count now), there were still things that surprised us. Here’s some of those things learned from this trip…

The Firefall is no longer an obscure phenomenon About 7 years prior to this visit, Julie and I could still remember when we saw the firefall and we could still shout and hear the echo bounce off the valley walls. Winter in Yosemite at that time was quiet and pleasant. But now, there were thousands of vehicles converging upon then leaving Yosemite Valley just to catch this phenomenon. Fortunately, the authorities had set up one of the two lanes of Southside Drive exclusively for parallel parking. That was a very smart move! So the bottom line is Yosemite in Winter can still be peaceful but just don’t count on this being the case anymore in February.

We didn’t book our trip until we saw the weather forecast for this weekend We definitely waited for the last minute to do this trip because we needed to assure ourselves that we wouldn’t get snowed in if a storm would come passing through. Since forecasts don’t occur until the week of, we didn’t book our Yosemite West accommodation until that week. 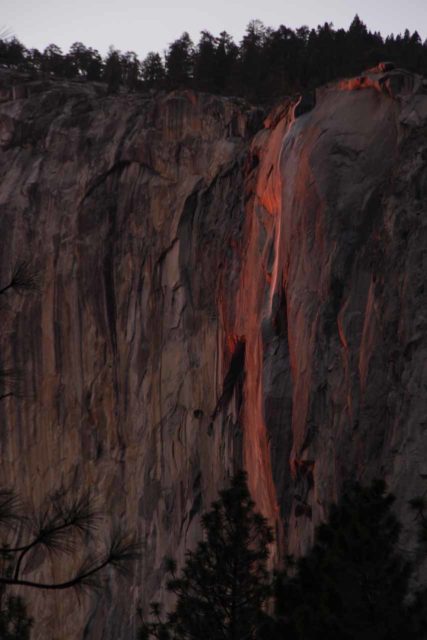 This was a long driving day where we ultimately made it to our condo, checked in, then promptly went into Yosemite Valley to check out Horsetail Falls just in time for sunset. 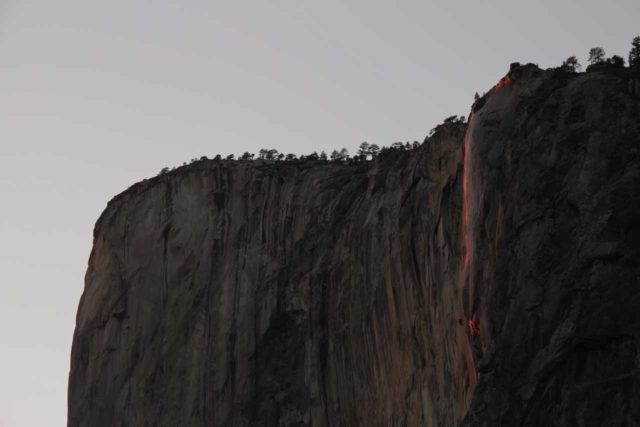 This was a pretty chill day as we took our time driving to the usual places like Swinging Bridge, Cook Meadow, Curry Village, and Yosemite Falls. We even had time to play in the snow first by our condo thing in the morning. 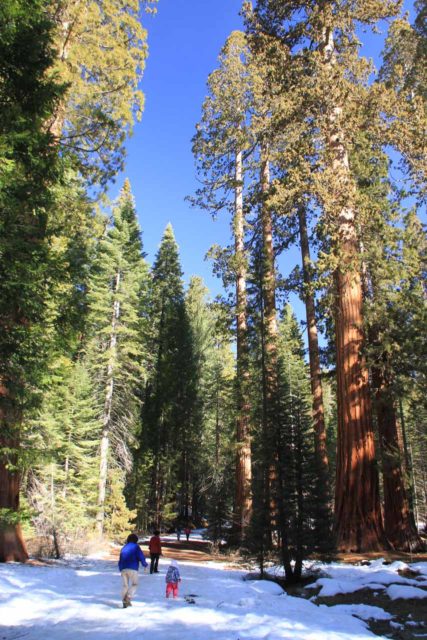 After checking out of our condo, we then made a visit to the Mariposa Grove for a short hike to see the Grizzly Giant. Then, we made the long drive home. 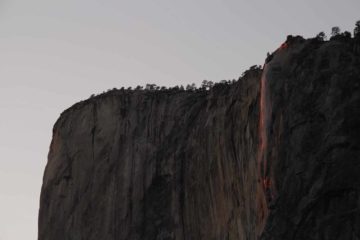 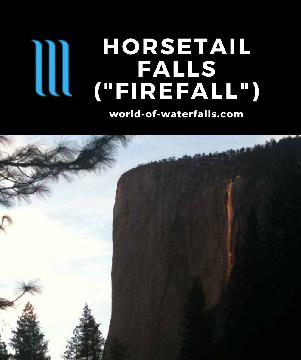 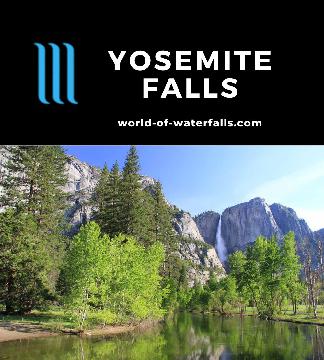