This extended weekend trip marked the third time that Julie and I had been to Zion National Park. So we were now becoming quite familiar with what attractions were here.

And given our familiarity with this place, we also camped for both the nights of this weekend.

However, a couple of sections of the park that we felt weren’t really well-explored by us were the Kolob Finger Canyons section and the Kolob Terrace section. So in this trip, we devoted one of the full days to at least get into the Kolob Terrace and do a fairly difficult out-and-back day hike to the mouth of the so-called Subway.

We also did a pretty scary hike to the top of Angel’s Landing, which was something we were always meaning to do. And in the spirit of discovering new things in old places, we even sought out a rather hidden waterfall in Pine Creek.

Once again, I had this ulterior motive of using these hikes to train both Julie and I physically and mentally for the Half Dome hike later in the year. Here’s a break down of how this trip went… 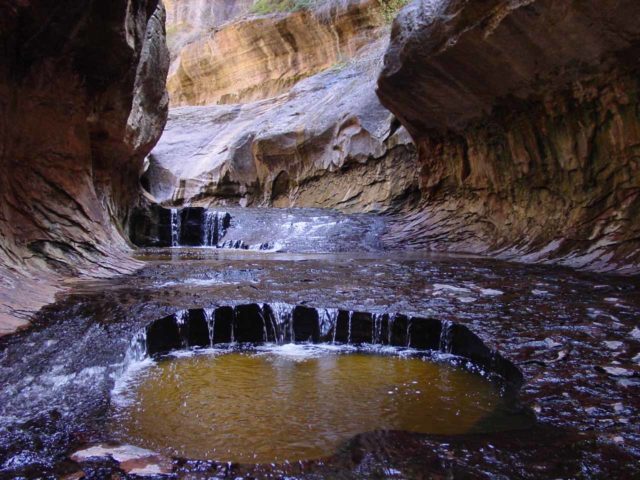 The Subway – This eccentrically tubular slot canyon resulting from the forces of flash floods was definitely something worth checking out. For the short duration of the accessible part without technical gear, we were treated to pools, mini cascades, and of course that feeling that we really were walking inside a New York subway tunnel. There were also dinosaur tracks as well as the Archangel Cascades on the not-so-easy hike up the Left Fork of North Creek.

I hope that one of these days, we might be able to get past the first deep pool obstacle and get to the best parts of the Subway. However, that’s going to require a bit of preparation and gear regardless of we’re trying to figure something out from the bottom or doing the full technical canyoneering from the top down. 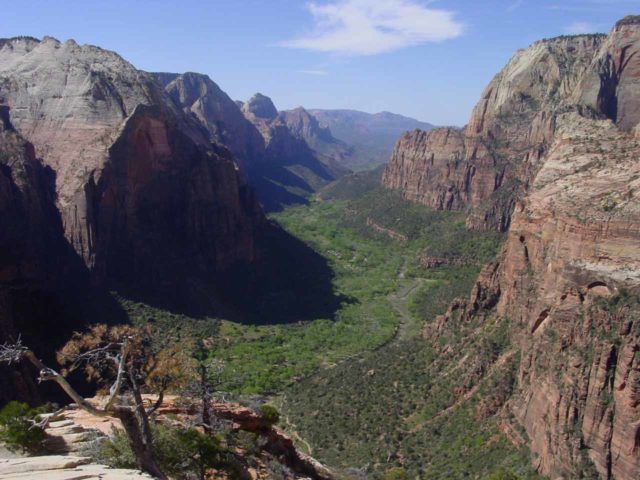 Angel’s Landing – This was that prominent monolith near the head of Zion Canyon that everyone in the canyon can see. But of the many people that explore the canyon’s bottom, not many of them actually do the hike to get to the top of the knife-like ridge. Indeed, this hike isn’t for those fearful of heights and there is definitely exposure to dropoffs on both sides (often at the same time!). But the views up here are exhilarating, and even the descent can be scary as we were facing the dropoffs for most of the way down! 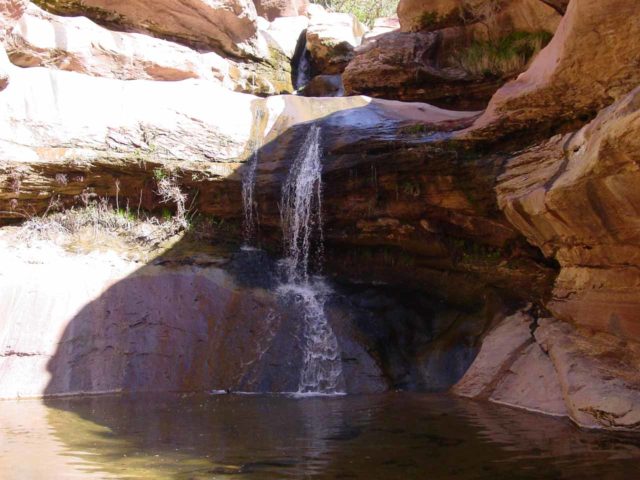 Pine Creek Falls – This was an unexpected surprise for us but we were wondering why there were cars parked near the bridge by Pine Creek. And after pursuing this hike and scramble (with a real tricky part to get around a pool), we experienced that rare waterfall in Zion that actually seemed to have a little permanence to it. And that alone made this a highlight.

This was a pretty frustrating driving day due to lots of traffic on the I-15. In hindsight, I really wished that we had left the LA area very early in the morning. Because afternoons on the I-15 really suck. 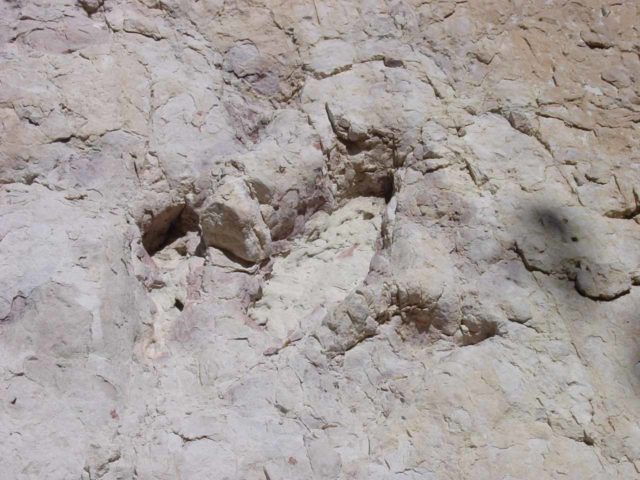 On this day, we did the difficult Subway hike from the bottom. Along the way, we saw dinosaur tracks as well as the Archangel Cascades. This hike took the whole day. 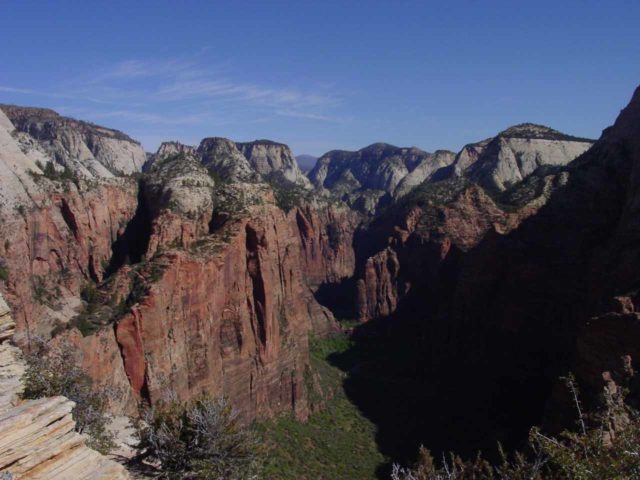 We started the day by doing the hike up to the summit of Angel’s Landing. After completing this hike, we then checked out the Pine Creek Falls. Knowing that we had a long drive home, we then had dinner in Springdale before finally getting home around midnight. And I had to work the next day! 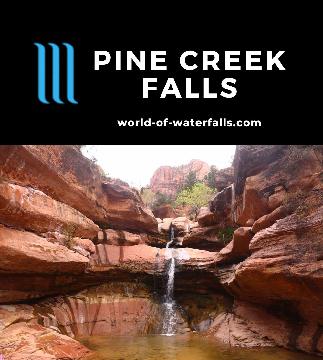 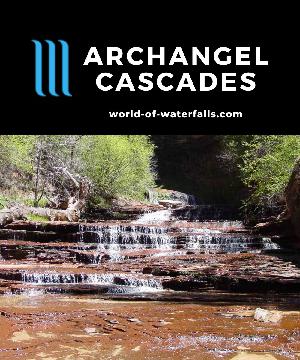